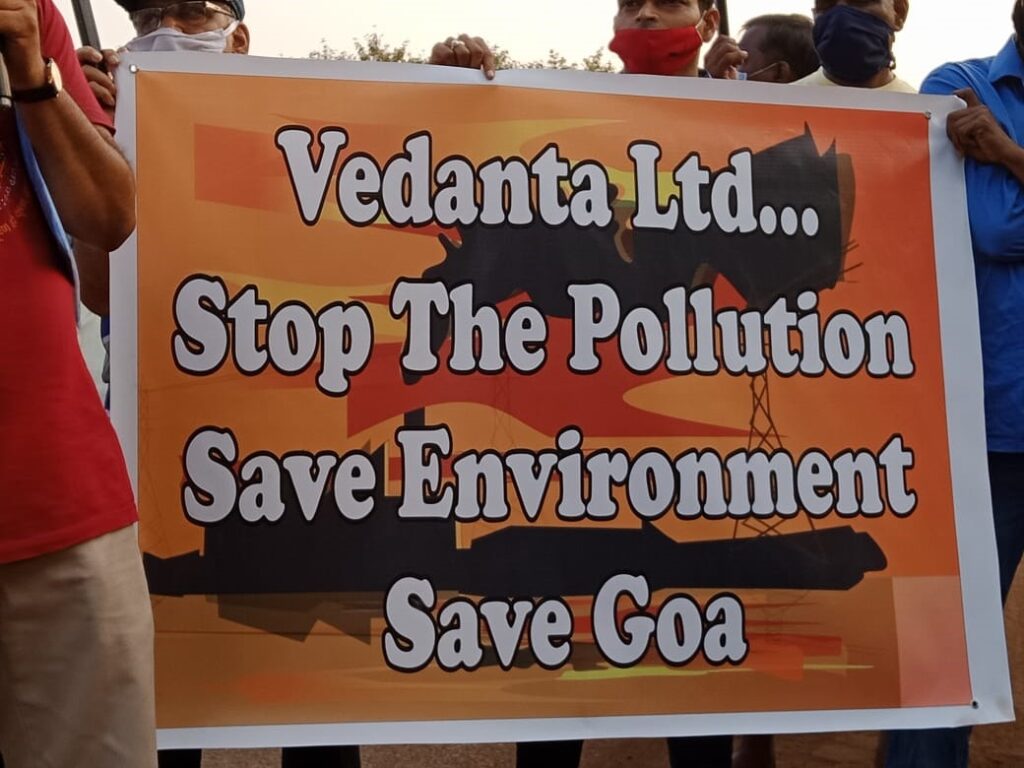 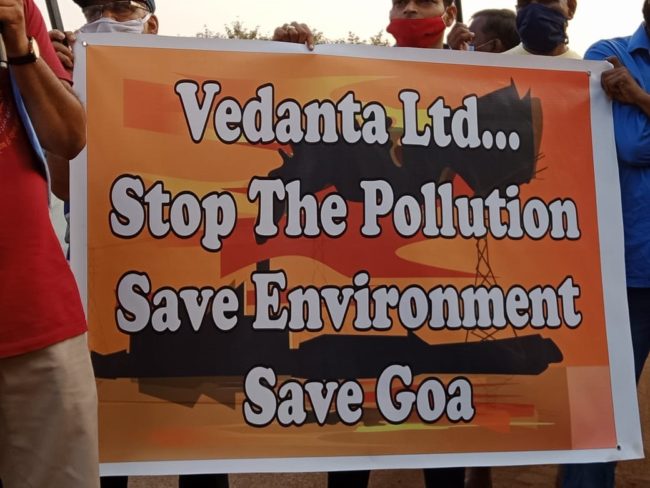 Ponda – Close on the heels of several protests in the State the locals of Amona, Navelim, Marcel, Bethki, Khandola of Ponda Taluka have launched a protest against proposed expansion plant of mining company at Amona.

The locals fear that the massive graphite and plant of mining company at Amona would lead to more spread of graphite making their life miserable.

The locals around 24 villages would be affected due to pollution after the expansion of the plant.

“The existing plant already has made our lives miserable and hence we do not want new or expansion of the plant. Few people would earn at cost and suffering of thousands of villagers said locals,” the villagers said.

The locals also warned that if the expansion work is not stopped then law and order situation would arise and government would be responsible for that.

“This expansion project is not a job oriented and only few Sarpanchas, Panchas would get contract while rest villagers would suffer. We don’t want pollution oriented project in the name of development and employment opportunities,” said the locals.

Earlier, the locals had approached Court in 2008 against pollution.

However despite court direction the company failed to control graphite pollution with proper measures.