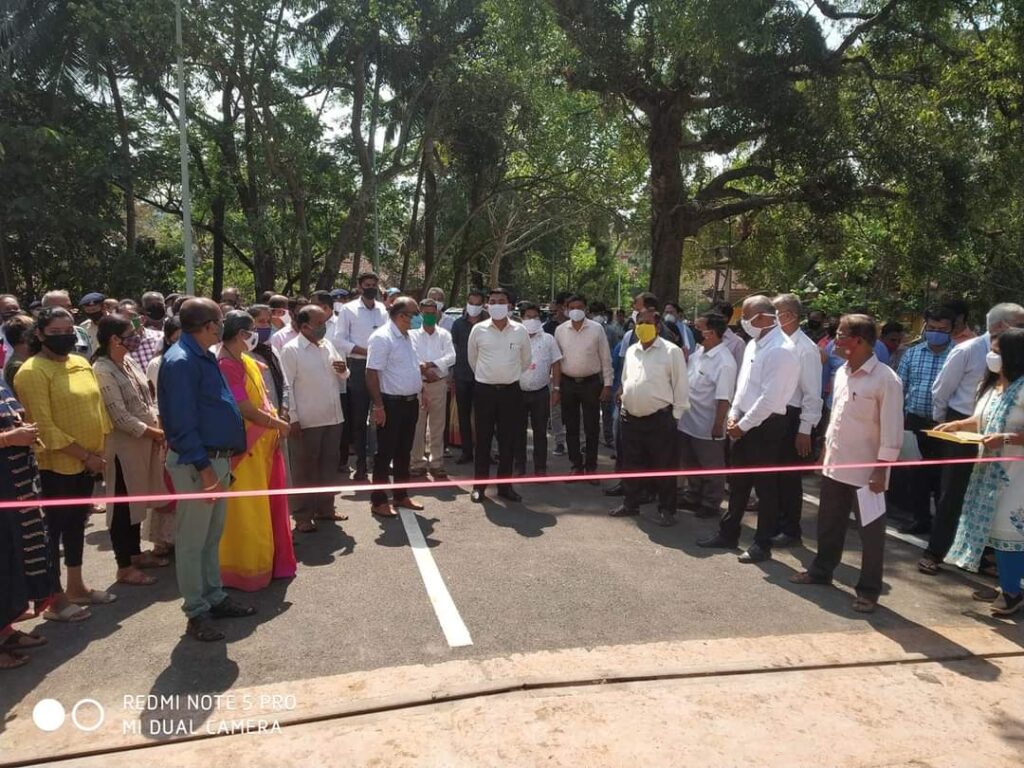 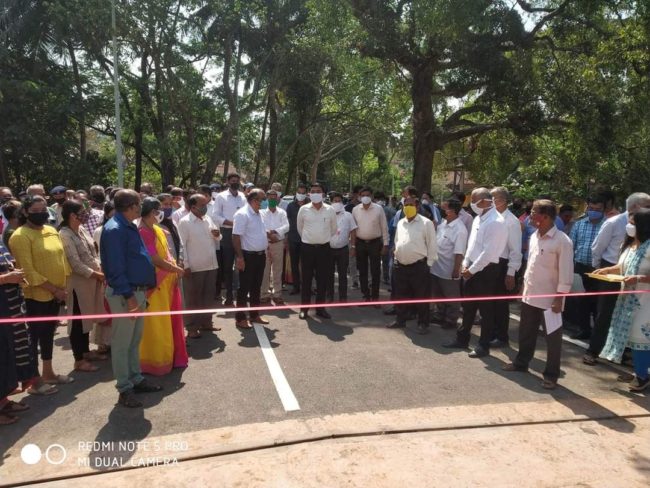 BICHOLIM: The Chief Minister, Dr Pramod Sawant today stated that various infrastructure works in Sanquelim are being taken up and they have plans to reconstruct the main Sanquelim bridge.
Dr Sawant was today speaking after inaugurating the Vithalapur-Bhaddarwada Sanquelim bridge. The bridge was today inaugurated in the presence of Mayem MLA, Pravin Zantye; ZP member, Mahesh Sawant; SMC councillors, Sarpanch of Karapur Sarvan panchayat and others. The bridge was named Shahid 2nd Lieutenant Jayendra Zoiba Rane Sardesai bridge.
The bridge has long checked history which was earlier just a wooden plank bridge and later was transformed into metal bridge. The same was in dilapidated condition and was repaired several times. A barricade was put on both the sides restricting the entry of two wheelers including cycles. This bridge serves as the shortest distance between Vithalpur and Sanquelim market.
Today speaking at the inaugural function the chief minister told that there are several projects that are being taken up in the city. “We are happy that this bridge is completed even inspite of covid restrictions and a commendable work was done by the GSIDC and the contractors” the CM told.
“We have plans to reconstruct the existing Sanquelim bridge which was demolished in 1961 and was re-laid. If the Mayem MLA and the sarpanch take initiatives we would have bigger connecting road for this newly inaugurated bridge” he told.
In his speech the Mayem MLA, Pravin Zantye told that this bridge would be helpful for the people of Vithalapur to come to the market. It has joined two constituencies and a major developmental project. “This bridge would solve the traffic congestion on the main Sanquelim bridge to some extent and is a good developmental project undertaken by our government” Zantye told.
The bridge is constructed at an estimated cost of Rs 8.12 crore and connects with 400 mtr on Karapur side and 200 mts on Sanquelim side.