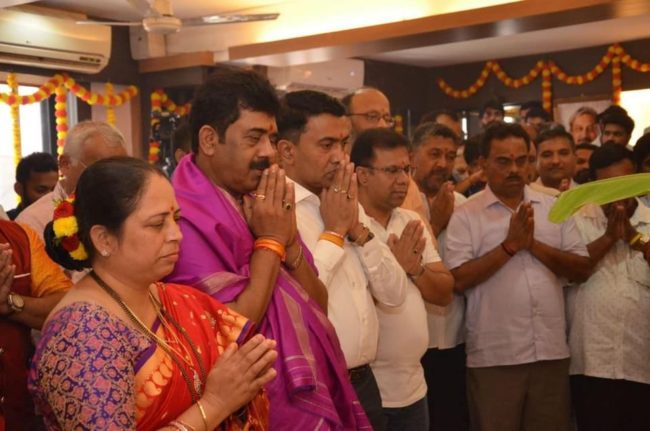 PANAJI: Chief Minister Dr Pramod Sawant said that Goa will soon be a mask-free state and that the collector will soon issue a detailed order about the same.
“Goa will be mask-free; collector will soon issue a detailed order about the same soon, he added.
The Maharashtra Cabinet recently decided to remove all Covid-19 protocols, including mandatory wearing of masks, in the state in the wake of the declining virus graph.
He further said that the state government has begun restoring temples that were destroyed during the Portuguese colonial era.
The state government’s Archives and Archaeology had already begun working on the process of restoration of such temples destroyed in the Portuguese era, for which Sawant, in his recent budget speech, had allocated Rs 20 crore.
Meanwhile, CM said, that govt is working to promote Goa tourism to provide an alternative to the tourists visiting the Maldives.
Sawant said that efforts are to make Goa the tourism capital of India.
“Goa is not just about beaches but its rich culture, heritage and tradition that can attract tourists,” said Sawant.
He ruled out that Goa is becoming Bangkok of India with a casino culture.
He said that casino is just part of Goa tourism, but our aim is to make a state like the Maldives.
CM Sawant also said that he wants people visiting the Maldives to come to Goa.
The Chief Minister has also vowed to make Goa the top tourism destination in India while also listing employment regeneration and resumption of mining activity as his government’s top priorities.
“People from all over the world come to Goa for its environment and culture; you are right; We will keep the culture here intact,” said Sawant.
Sawant said that his government would promote cultural, spiritual, and medical tourism.