Where will Ravi contest from – Marcaim or Ponda? 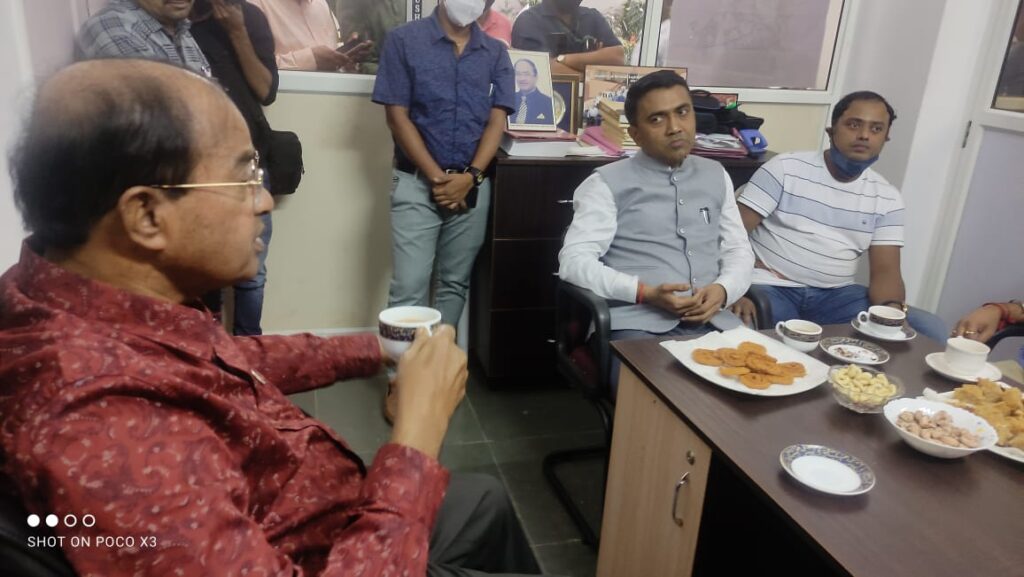 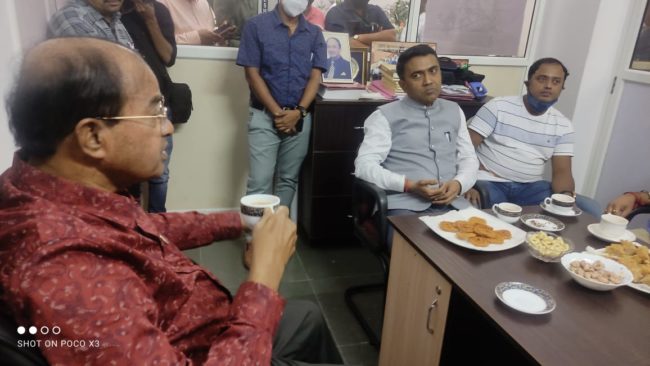 Goemkarponn desk
PONDA: Ravi Naik’s political suspense now poses a challenge to the candidates at Marcaim and Ponda.
The locals are now wondering whether Ravi Naik will contest as Independent Candidate from Marcaim or Ponda?
While all over Goa, aspiring candidates are staking a claim for a ticket from their Political parties, Ponda Congress MLA is silent on ticket issues. His two sons have joined the BJP, but tickets for them are not declared. Of late, Ravi seems to be completely detached from Congress, and as such, he did not even put the Congress symbol on the groceries he distributed for Ganesh.
Ravi celebrated his birthday on Saturday, but the Congress symbol was missing from all the advertisements and wishes. 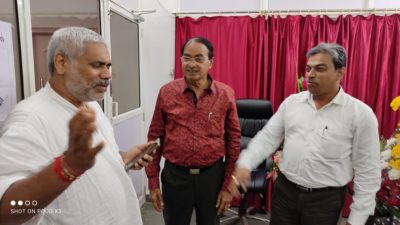 Ravi Naik recently started Chai pe charcha in Marcaim and Ponda but maintains suspense over his political stand.
If Ravi contests from Marcaim, he would pose a formidable challenge to sitting MLA Sudin Dhavalikar.
Sudin Dhavlikar may have won all successive elections with an increased margin of votes, but every time there were weak candidates against him and Ravi Naik contests against him, it would be a huge battle.
Interestingly, Ravi was also a former CM from this constituency in 1989 and known to voters. Thus people expect it would be a tough battle in Marcaim.
The last time Ravi’s son, Ritesh Naik, contested on Congress ticket at Marcaim, he was able to get more than seven thousand votes. Now he recently joined BJP, and if he gets a BJP ticket at Ponda, he would definitely pose a challenge before other candidates with the backing of his father.
Similarly, if Ritesh contests on BJP ticket at Marcaim, than Ravi Naik would definitely pose a challenge to other candidates contesting at Ponda.

After Ravi Naik’s sons joined BJP, the Congress Party President Girish Chodankar had said that Congress Party is not counting Ravi Naik as Congres MLA.
Later, a Ponda, Congress Party has given entry to Rajesh Verenkar, son of former Minister Shivdas Verenkar who had contested as independent and finished third in the 2017 election.
Ravi has never spoken his mind for the next assembly election. Therefore,
nothing can be said as of now where he will contest from.

His birthday has rumour mills working overtime…
Former CM Ravi Naik celebrated his birthday on Saturday
The who’s who in BJP had all reached Ponda to wish Ravi. This included CM Pramod Sawant, Satish Dhond, Sadanand Shet Tanawade and Damu Naik.
Speculations are rife: he would quit Congress and contest independent, and his son Ritesh would get a ticket from BJP.