Why CM Sawant is silent on corruption done by Contractor in construction of NH66 in Pernem?: AAP leader Advocate Prasad Shahpurkar 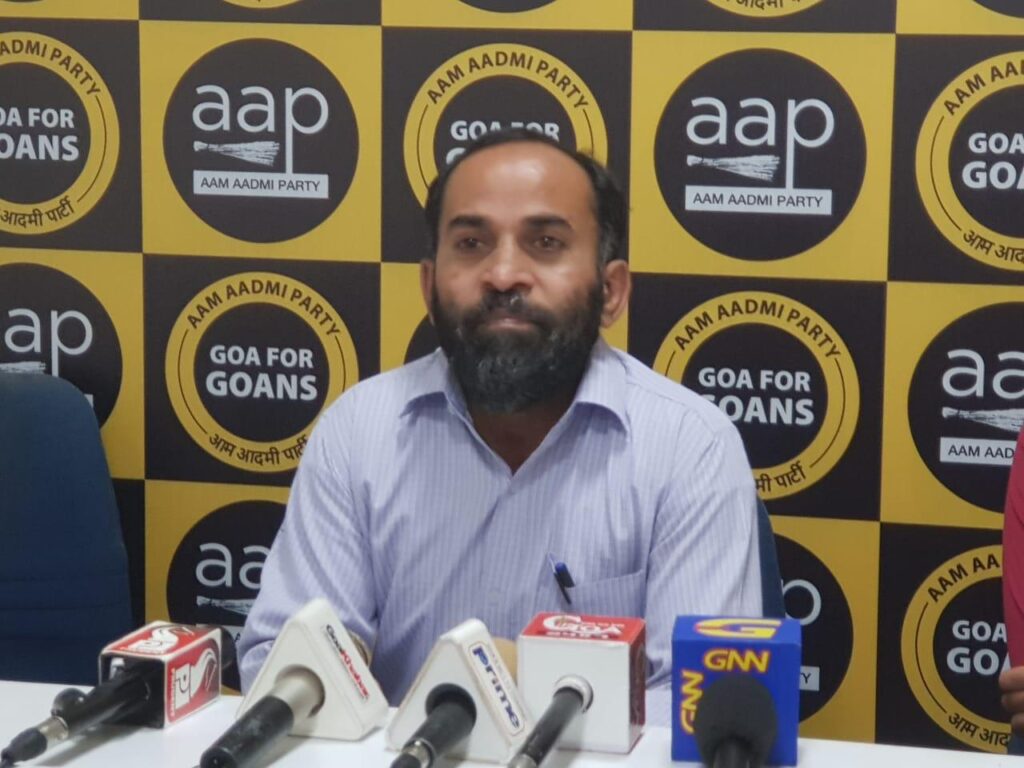 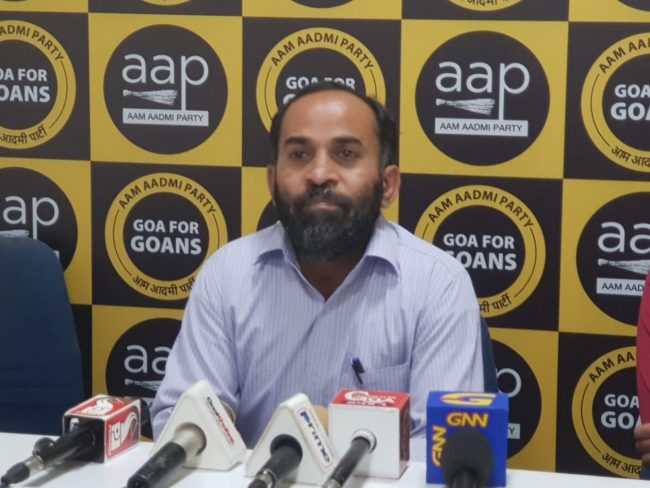 Panaji: Following Judicial Magistrate First Class’ order directing the Pernem Police to register a FIR against the contractor constructing the National Highway No. 66 in Pernem taluka Aam Aadmi Party has demanded that the police immediately register the case the contractor had committed a cognizable offence.
Briefing media persons AAP leader Adv Prasad Shahapurkar pointed out that on 12th July 2020 between 3 to 4 am, part of the National Highway No 66 along with a retaining wall was washed away in Poroskodem village of Pernem taluka.
“This washing away of the road and retaining wall was not only a loss to the national exchequer but was also an act of criminal negligence as if it had to happen during the daytime it could have caused even loss of life of people on the roadside,” he said.
He pointed out that the villagers had complained to the Pernem Police on 23rd July 2020 against the contractor and asked the police to take necessary action against him. However, as the police were not acting on their complaint, the villagers even contacted the DySP and Superintendent of Police but got no response from them too.
“Realising that the police were not willing to take action against the contractor the villagers approached the Judicial Magistrate First Class, Pernem seeking a direction to the Pernem Police to register the FIR and conduct a thorough enquiry,” said Adv Prasad.
He disclosed that on 22nd February 2021 the JMFC has upheld the villagers contention and directed the Pernem Police to lodge the first information report against the contractor and said they would present a copy of that order to the police on 1st April.
“There are many complaints about the work done on National Highway No 66 including that the work is substandard and negligently done because of which many people have even lost their lives on the stretch,” he said.
He lamented that because the then Police Inspector Sandesh Chodankar was not willing to act against the contractor, the villagers had to seek judicial recourse and demanded to know why such a situation is forced upon the people.
He appealed to the present Police Inspector to take the court directions seriously and investigate the functioning of the contractor thoroughly and take necessary action against him.
Replying to a question Adv Prasad said they will give the police one week’s time to act on the court direction failing which they said they will move a contempt petition against the police.