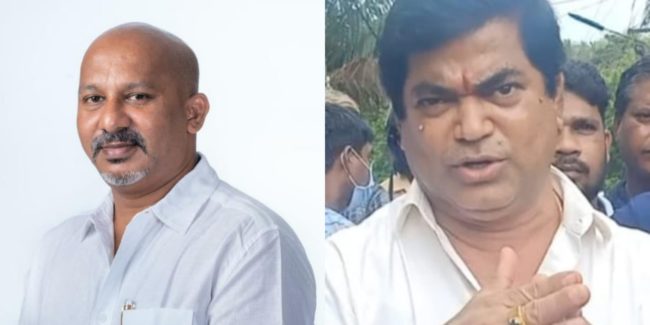 QUEPEM: Voters of Goa brought the twist in the Goan politics in 2022 assembly election. It is hard to say who will win as there is no one sure about their victory except few in Goa.
In this election there is silent voting and as political environment says that this time Congress had an edge as per the wave which came across Goa. One of such battle is between Quepem BJP candidate Babu Kavalekar who won four times in the past and this time in Quepem as a BJP candidate did he made such impact on the people of Quepem to convert Congress vote to BJP? and this is the difficult question for Babu Kavalekar to answer. Because Quepem constituency has a stronghold of Congress in last 20 years. In that 20 years, two times BJP government came into power still people of Quepem chose Congress. Minority community votes have always gone to Congress and also same time Quepem municipal area is mostly minority population have never changed their decision.
As per the sources chances are 50-50 as Quepem constituency people voted 83.45% as total voting is 27,603 out of 32,161 voting in Quepem constituency.
On the other hand new face for Congress Altone D’costa really made mark in Quepem constituency as a Congress leader. DCosta started his real role of opposition in municipality election by filling candidates in municipal election in all wards out that 4 councillor under Congress party banner got elected. This was a set back for Kavlekar and later D’costa continued his work at panchayat level where he got good support. During assembly election too he followed the suit. This time fight is between CONGRESS Altone D’costa and BJP’s Babu Kavlekar ,and at present there is no such clear picture who will be the next MLA.

Goemkarponn Desk\SURAJ NANDREKAR PANAJI: All the apprehensions about the sub-standard quality work on the NH66 have come true as the Public Works Department itself admitting ... Read More