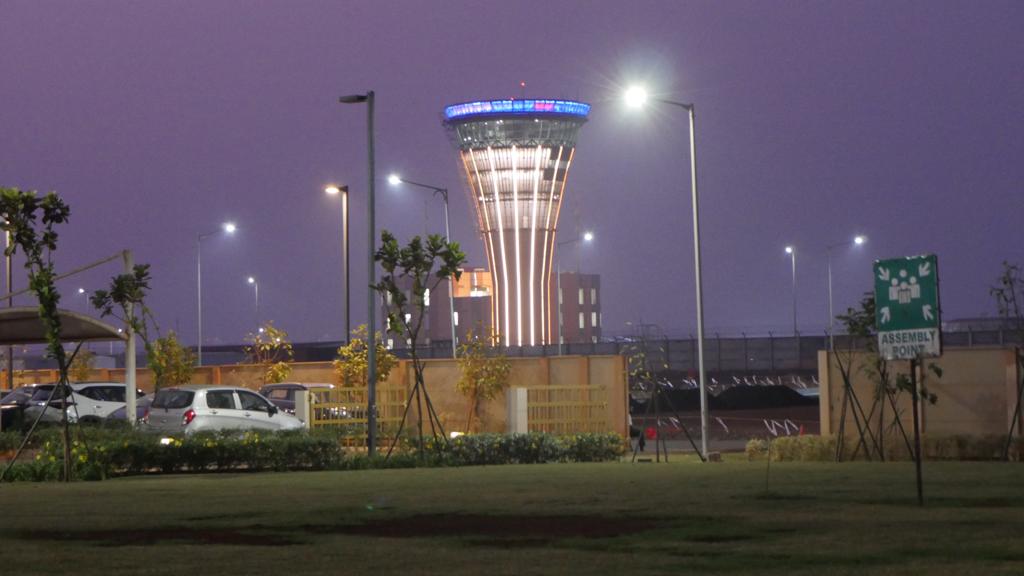 Questions galore on whether the airport is really ready or the State is in a hurry to start revenue for GMR
GMR Keeps media away from main areas and just takes a whirlwind tour of the runway, which left many wondering, “What was GMR trying to hide?”

At the outset, except for a couple of buildings that seem ready – the terminal building and the Administrative block, it is all about red mud, black patches of tar and concrete and construction debris out there as the new Greenfield Airport at Mopa readies for take-off in December.
Clearly, Mopa seems nowhere ready for the take-off of the first flight or for any kind of formal inauguration, even though the project proponents GMR Goa Airports Ltd, are optimistic about the airport.
And GMR’s reluctance to give a real view of what has been completed to the media, which was called all the Panaji, is testimony to the fact that all do not seem well.
While the BJP Party president, MLAs as well as party workers are flooding social media from the pics from ATC and the Terminal building, one wonders why the media was kept at bay. What was the reason for hiding the prestigious project? Does the GMC and government not want people to see what is in the offing?
The journos were just taken to the administrative block at 3 pm and were taken for a bus ride on the runway and kept waiting till 6.30 pm when the CM briefed them on the issues.
The worst was that the journos were taken from Panaji only to show a recorded video of the terminal building and ATC tower, which was just a few meters away from the admin block. Neither the CM nor the GMR had any answers to the queries from journos.

The works…
While it won’t be possible to reveal the exact status of works, they seem far from over. For almost six months now, we have known the runway was ready. Apart from that, the Admin bloc seems ready, the terminal building (status not known from inside), aero-bridges ready, and tarmac ready; the temperature control cargo facility also is far from complete, and the landscaping still needs to start, and GMR blames weather gods for the same.
Though it is called the Greenfield Mopa airport, it is all red out there, and no sign of greenery yet.

CM says 95% of the work is completed
Chief Minister Dr Pramod Sawant said that he visited and inspected the progress of work of Mopa International Airport and held a meeting with State Govt officials and officials of GMR, and took stock of the work.
He said that more than 95% of the work is completed. “The Aerodrome License is secured. AAI & IMD are operational, CISF is on board and deployment procedure is in place and other facilities are being built with requisite manpower and equipment,” he said.
Sawant further said that four Domestic and four International carriers have been filed for 100 slots.
“More than 5000 people are working at site (24/7). PM Narendra Modi will inaugurate the airport after December 8,” he said.
Sawant further said that the work of the link road connecting to the Highway is also going on a war footing and would be completed by November 2023.
“The Mopa International Airport shall definitely transform the State of Goa in every aspect. I also met the local body representatives and the people to address their issues,” he said.