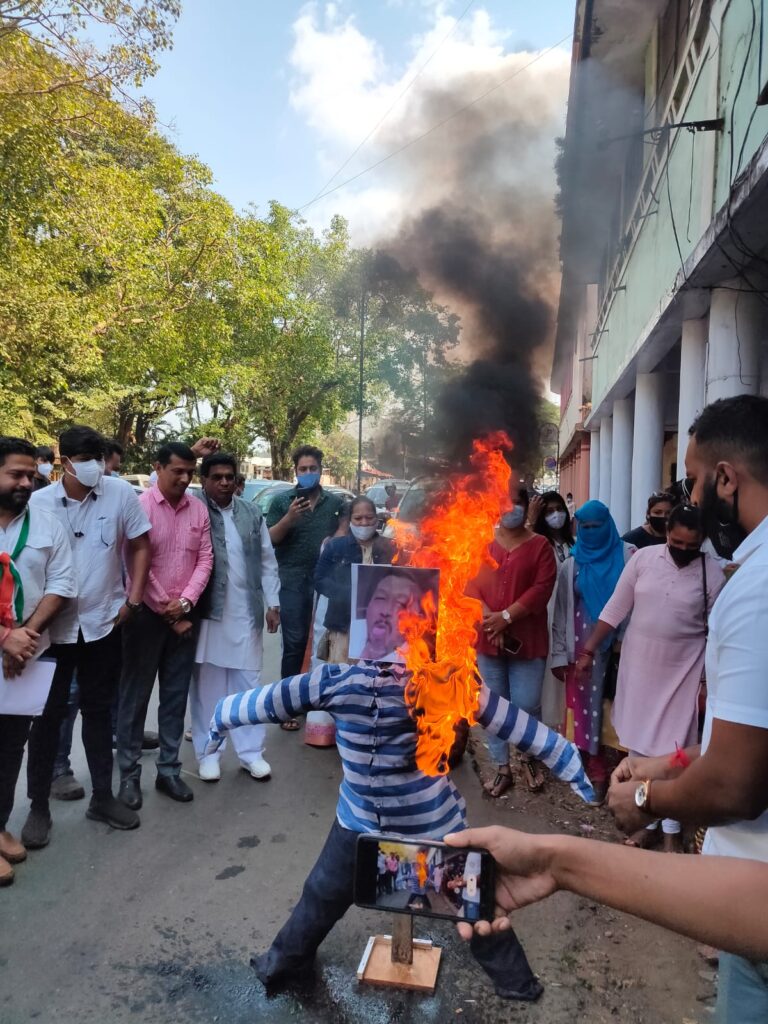 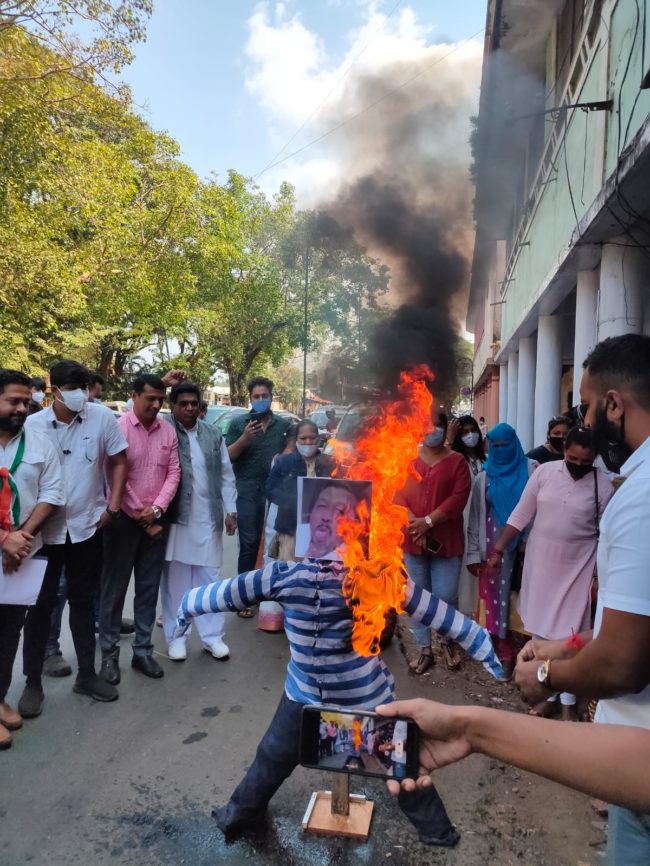 The Mahila Congress and Youth Congress members on Friday called upon Panaji Women Police Station and questioned why the FIR has not been lodged against former BJP Minister Milind Naik in a sex scandal case.

Mahila Congress President Beena Naik, Youth Congress President Adv. Varad Mardolkar and mochilas of several Congress blocks were present on occasion. The duty officer of Women Police Station failed to give a reply as to why the case was not registered against BJP leader and Mormugao MLA.
“GPCC Vice President Sankalp Amonkar had lodged a complaint against Milind Naik in a sex scandal case on 15th December. One month has passed, but still, police have not registered it. However, the complainant is harassed by the BJP government and summoned to the crime branch for an investigation in the victim’s complaint. “ Beena Naik said.
She said that no sooner did the victim file a complaint against Sankalp Amonkar in Bihar police station, it was transferred to the Mormugao police station, and an offence was registered. “At the same speed, Goa police should have had registered offence against Milind Naik. Why it failed to do so.” Beena Naik questioned.
She said that it is a grave offence to force a woman to have an abortion; however BJP government is trying to shield Milind Naik. “How will women feel safe in Goa when criminals are given protection.” She said.
Adv. Varad Mardolkar said they will approach the court if police fail to register an offence against Milind Naik. “Sankalp Amonkar is getting good response in Mormugao, hence to ruin his political career, BJP is harassing him by summoning to the crime branch,” Mardolkar said.
He warned the police officials to face action after the Congress government came to power. “These police officials are working on the behest of BJP government and hence not registering the complaint.” He said.
Condemning the act of the former minister, Congress supporters burnt the effigy of Milind Naik.