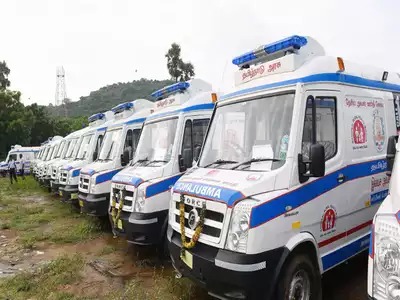 Goemakrponn desk
VASCO: A 44-year-old man, Basappa Negimani morning jumped to death from the terrace of the Furtado building at Down Mangor.
While the person tried to commit suicide, locals say his life could have been saved had the ambulance arrived on time.
Angry locals demanded Health Minister Vishwajit Rane to intervene in the serious matter.
“The Health Department must keep ambulances on standby at areas in and around Vasco for an emergency,” they said.
Councillor Girish Borker said, “even after the jump, the person was alive and could have been saved only if the ambulance had arrived on time.”
He said one Rocky D’Souza made several calls to the 108 ambulance service but to no avail.
“I was shocked by the sound, and I came to check to see if a tree had fallen; we saw the neighbour on the floor in pain. He was alive, and we started making frantic calls to 108 ambulances, but no one was answering the calls,” he said.
He said the family members came down, and Many people gathered, and almost all the people tried to call the 108, but there was no response.
“Finally, one call was answered, and the ambulance guy informed us that he had been informed that there was no need for an ambulance.” said D’Souza