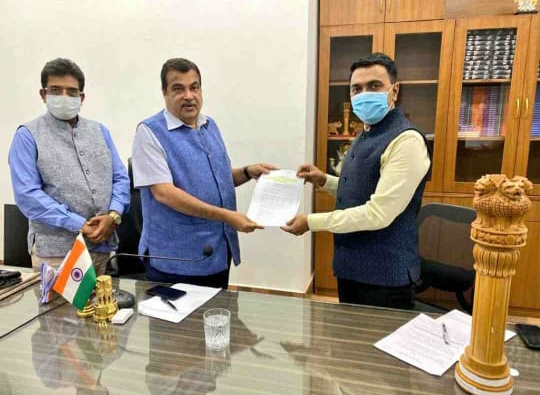 He further infomred that he has conveyed the apprehensions of people regarding the highway expansion on Anmod Ghat. Also sought his intervention for early completion of Sada-Varanapuri Highway works.

Further Sawant also had an interaction with Chintala Chairman NABARD and discussed about availing assistance for further development of basic and modern infrastructure in the State of Goa.