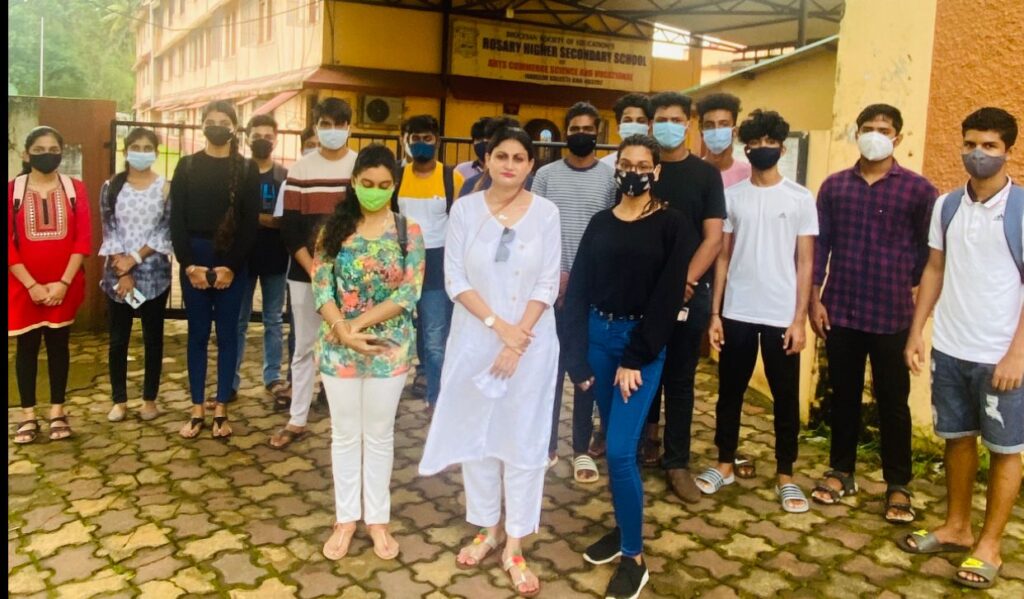 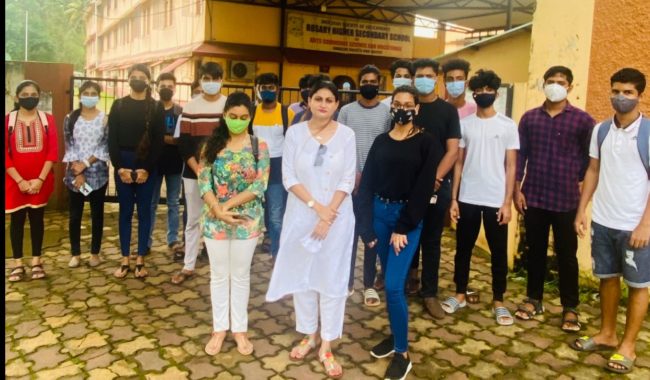 Panaji: The Students of Rosary Higher Secondary School in Navelim came in for a shock when their online exams were converted into offline exams just days before the examination date. Facing a brick wall with school authorities who claimed that the Govt had declared that offline exams were allowed, the students reached out to AAP Goa Vice President Pratima Coutinho for her intervention. Adv Pratima Coutinho stood by the students and requested the immediate intervention of the CM Pramod Sawant who also holds the education portfolio. Adv Coutinho said that as the students were not vaccinated, due to rules around the Covid vaccine it was wrong to ask them to risk their lives and those of their family.
The students and Adv Pratima Coutinho highlighted that they are not against exams but are concerned for the students health as they are under the age of 18. Since there has been no steps to vaccinate those under 18 the young students risk both ehir health and the health of those at home by attending offline exams. The students were informed 2 weeks ago that exams would be online and then suddenly 3 days before the exams they were told they would have to appear in person.
Many students expressed their fear and worry, “We have not been vaccinated as we are all under the age of 18, we are worried that we will be exposed to the Coroanvirus and put our families at risk” said a student of the school.
“These are students who have not received the jab because they are younger than the cut off of 18 years. Since the Govt has not made any steps to vaccinate those younger than 18 it is wrong to expect these young students to risk themselves and their families” said Adv Pratima Coutinho. “Since there is no circular about students below 18 having to take part in offline exams I request Pramod Sawant who is the education Minister to intervene for the betterment of these students” said Coutinho.