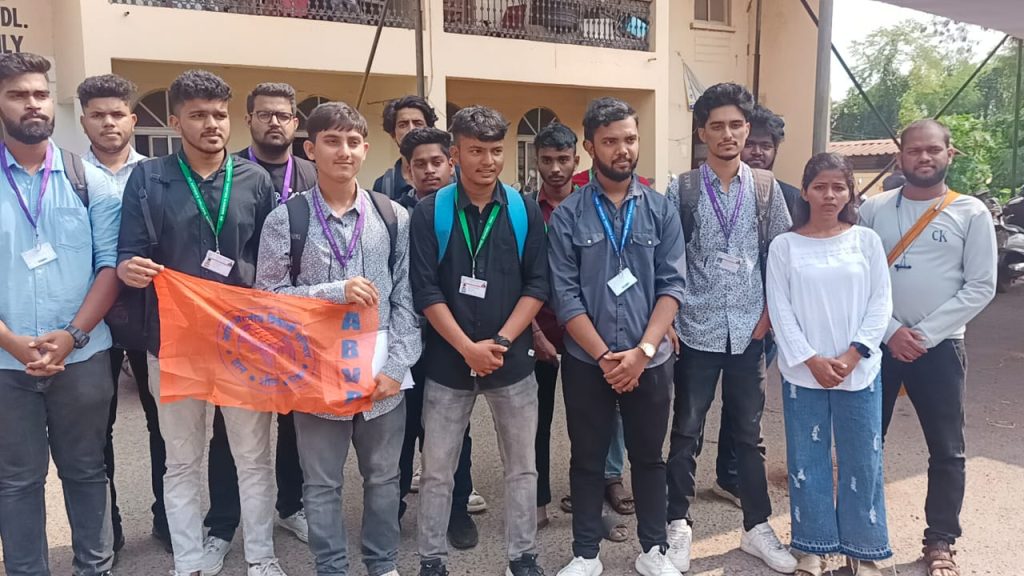 MAPUSA: The Akhil Bharatiya Vidyarthi Parishad on Wednesday claimed a massive win after Bardez Deputy Collector issued a deadline to St Xavier’s College for induction of the Students Council.
ABVP, in a press note issued here, welcomed the order of Bardez Deputy Collector, who directed the St. Xavier College, situated at Mapusa, Goa, to induct the democratically elected students’ council and to organise the oath taking ceremony and finalise the date for the same within a specified time.
The students of St. Xavier College, Goa, were protesting because even after the passage of more than two months, the administration of St. Xavier’s College was not conducting the formal oath-taking ceremony and was not handing over the charge to the elected Students’ Council members.
The Elected General Secretary of St Xavier college Students’ Council, University of Goa, Sahil Mahajan, said, “Students’ Council elections were held on the 8th of November, 2022, but the college administration has not conducted the formal oath-taking ceremony to date. After the intervention and order of the Deputy Collector, the swearing-in ceremony will now be held.”
It is unfortunate that the College administration continuously ignored Vox Populi. We will organise multiple events and activities in the interest of students after the oath-taking ceremony, he said.
ABVP’s National Secretary Ankita Panwar said, “Due to ideological Biasness, the St. Xavier College administration misbehaved with the democratically elected students’ council and its representatives. And contrary to the expected behaviour, the administration further stooped low and made unnecessary comments which were highly condemnable and unfortunate. Keeping ideological Biasness aside, the St Xavier College has to respect the voice of the students. It has to conduct an oath-taking ceremony and other hand over the charge to the elected student council. The St. Xavier administration has to cooperate with the student council for all future activities.”
ABVP’s National General Secretary Yagywalkya Shukla said, “Not getting the elected students’ council to take an oath and further not handing over the charge to the student council members has unveiled and exposed the undemocratic face of the St. Xavier College Administration. The direction given by the Bardez Deputy Collector is a huge victory for the students. To achieve students’ wider interests, the student council needs to work smoothly without hindrances.”