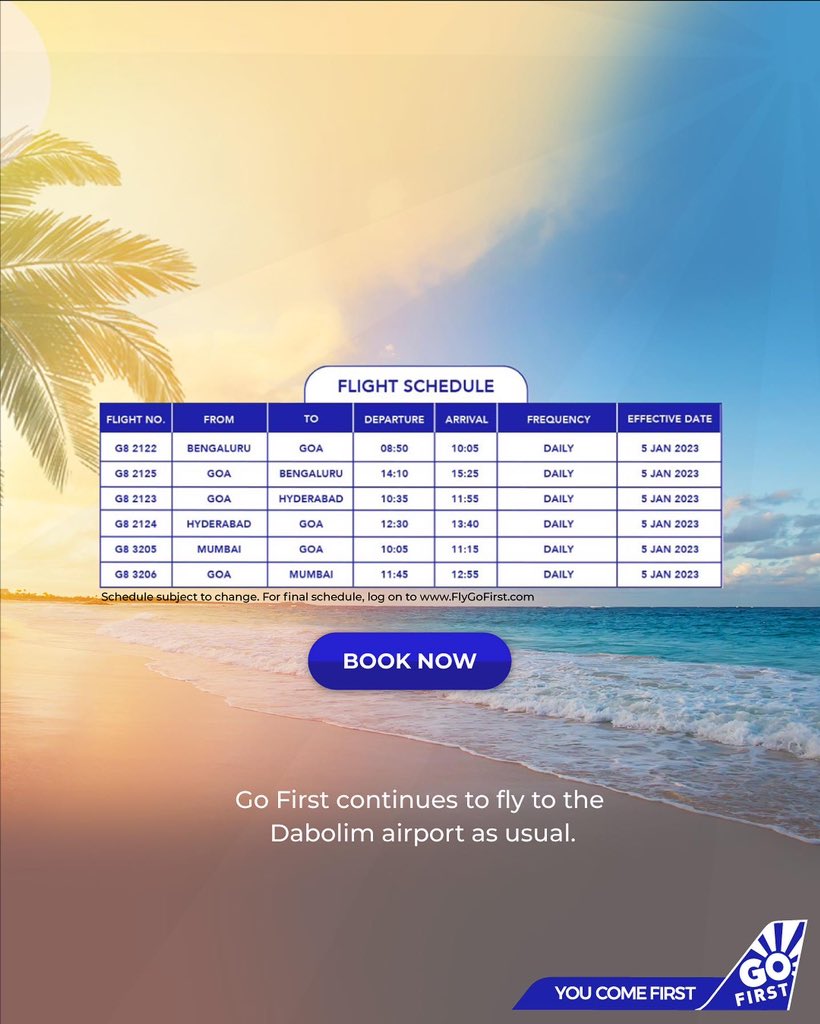 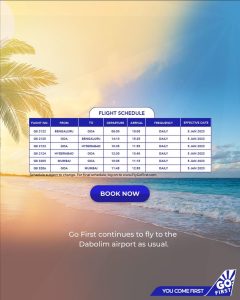 Prime Minister Narendra Modi will inaugurate the state’s second international airport at Mopa in North Goa on December 11, 2022, and the airport will begin operations from January 5.

On the same day, the airline will operate its first flight from Bengaluru to Goa at 08:50 hours, followed by the rest. According to the current network plan, Go First’s direct flights will connect Goa with Mumbai, Bengaluru, and Hyderabad.

According to the airline release, in addition to continuing its existing operations at Goa Dabolim Airport, Go First will operate this new station to cater to the increased leisure travel demand. Currently, the airline operates 65 non-stop weekly flights to and fro Dabolim airport in South Goa to key destinations in India.

Kaushik Khona, Chief Executive Officer, Go First, said, “As we expand our network in leisure destinations, Goa is an extremely important destination for us. We are pleased to fortify our presence and this new addition will further reflect our unflinching commitment to providing customers with a promising flying experience.”

The carrier had recently added 55th new aircraft to its fleet. With an average fleet age of 4.1 years, the airline has one of the youngest aircraft fleets in the world, it said.