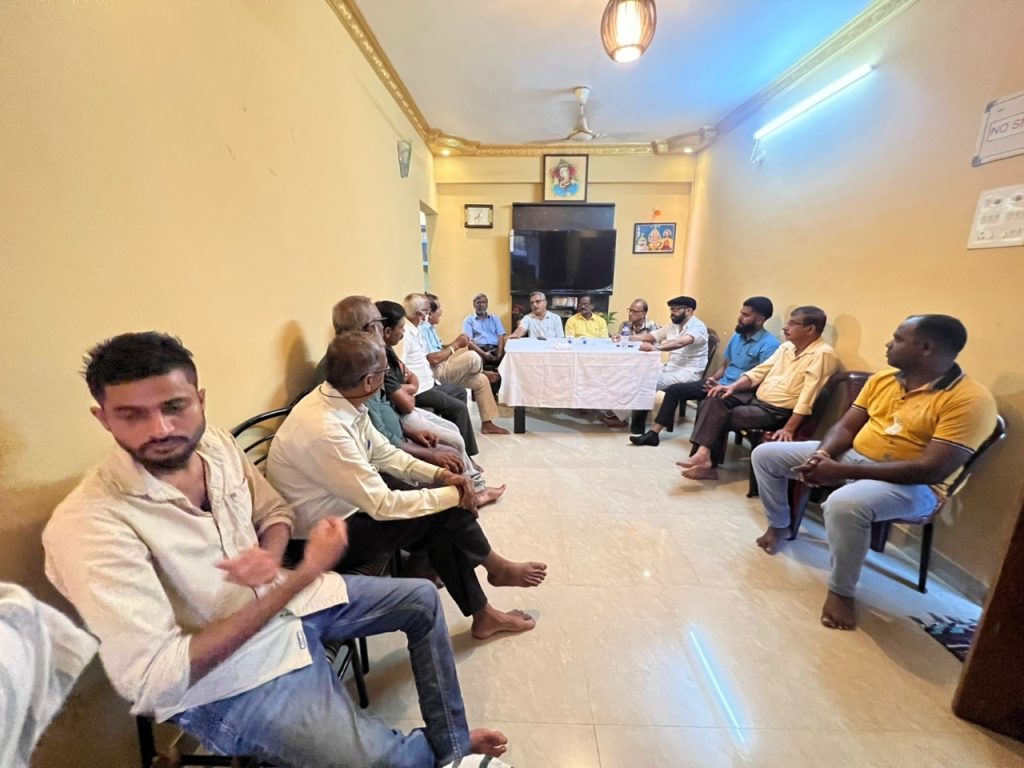 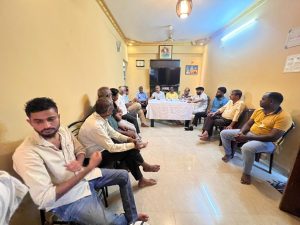 CANACONA : Stating railway authorities have failed to act on their demands to resume long distance trains Halts and resume related measures at Canacona KRC Station, the agitating leaders have decided to intensify their agitation against the railway authorities and and the government for their failure to resolve thier grievances as demanded in the agitation 20 days ago.
It may be recalled that various organisations including Swabhimani Jagruth Canconcars(SJC), Forum for Senior Citizens of Canacona(FSCC), Jana-Sena Warriors (JSW) and ‘Vision and Mission… Progressive Canacona(VMPC) ‘ have led a Morcha against the KRC Station at Chaudi twenty days ago giving upto 5th January to resolve their demand or face further agitation on the issue.
A meeting of Swabhimani Jagruth Canaconkars, Senior Citizens of Canacona, Jana-Sena warriors & members of “Vision & Mission… Progressive Canacona” was held on the evening of to take review of the agitation to stop long distance/express trains at Canacona Railway Station. ‘More than 20 days past after a morcha led to Canacona Railway Station and after submitting a memorandum gave upto 5th January 2023 to resolve it. Even though the concerned Railway Officer assured the agitated Canconkars to resolve the issue at the earliest, till date nothing has happened’, informed Convenor of the agitating leaders Janardhan Bhandari.
All the leaders/members of the respective Swabhimani Jagruth Canaconkars, Senior Citizens, Jana-Sena Warriors and “Vision & Mission… Progressive Canacona” were present for the meeting. After taking the review of the issue, some senior citizens expressed anger against the railway authority, the local MLA, South Goa MP and the Government. Senior citizens also expressed anguish for treating them shabbily and also forcing them to agitate for a legitimate demand. They were seen virtually cursing the government, MLA, MP for bringing them on road even at such an old age and questioned whether their contributions/their services for the government were worthless’, informed a reliable source present at the meeting.
The same sources informed that after a
thorough discussion, it was unanimously decided that the agitation should be continued in various forms till long distance/express trains halt at Canacona Railway Station to which all members present agreed to agitate at time and at any form to wake the sluggish railway authority and the State Government.
The Senior Citizens present at the meeting categorically said that they will participate in agitation without caring for their old age and also warned that if anything happened to them physically, then the State Government will be solely responsible for all such things. The members expressed a strong desire to fight till get justice.
Some of the leaders of their respective organisations present for the meeting were Anil Bhagat, Shantaji Naik Gaonkar, Janardhan Bhandari, Shubam Komarpant, Babesh Borkar, Manesh Naik Gaonkar, Dilkush Shet, Ulhas Bhatikar, Subhash Shet, Girmo Goankar, Zulo Shet, Prakash Bangle, Prakash Pagi, Natividade De Sa, Madhukar Dessai, Ratnakar Kankonkar, Nanda Satarkar, Kamlakar Mhalshi, Ramkrishna Naik, Devdatt Acharya, Ishwar Vijayan, Sidharth Gayak, Jess Fernandes , Aniket Amonkar and others.
Shortly after the meeting, the members visited the Canacona Railway Station and met the Canacona Railway In-charge to inquire if any decision has been taken by higher authorities to halt trains at Canacona. But the Canacona Railway In-charge specifically told the members that nothing has been decided and have not received any information of directives from the superiors.
Shantaji Naikgaunkar a member from FSCC, informed ‘The reply of the Canacona Railway In-charge makes it ample clear that authorities are not serious about the demand of Canconkars and now agitations in various forms are the only solution to halt long distance/express railways at Canacona Railway Stations. The role of local MLA, South Goa MP is very questionable as they failed to resolve grievances of their constituents and for which they only made fake promises at the time of election for votes’.