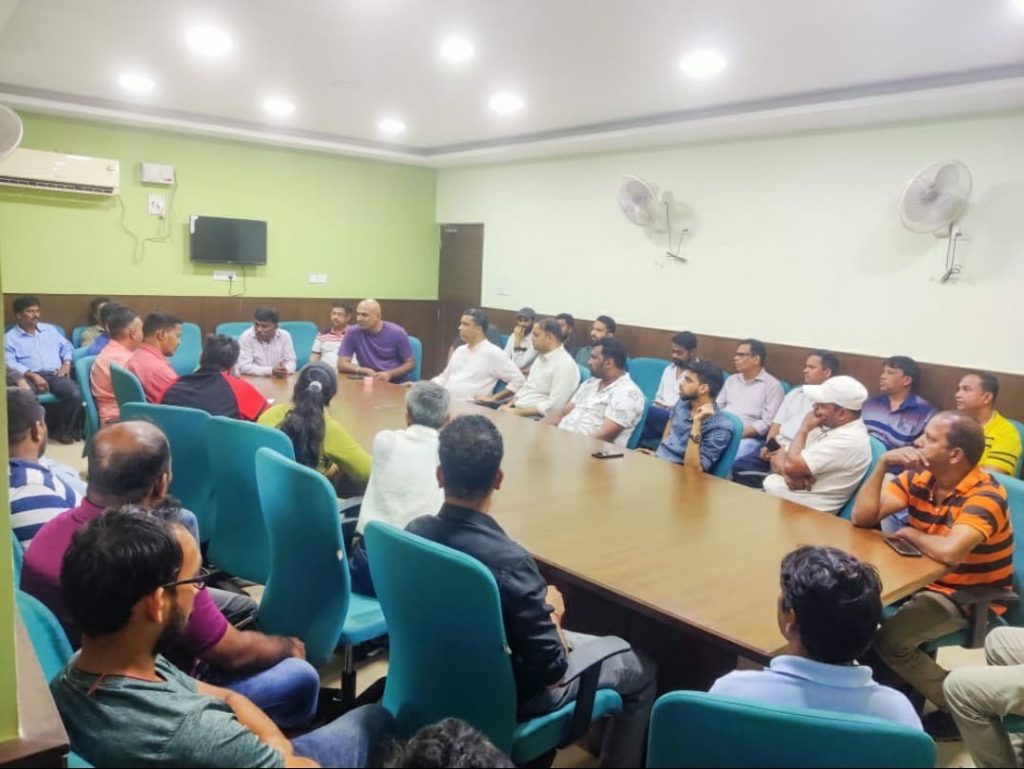 Goemkarponn desk
CANACONA – Even as the Tourism Season has already begun officially in the State, the All Goa Private Property Shacks and Huts Owners Association (AGPPSHOA) has demanded early implementation of a Single Window System for issuances of Seasonal permits and Licences.
AGPPSHOA, with several of its associate members, has called on the MLA of Canacona and GLA Speaker Ramesh Tawadkar and put out their grievances, including the difficulties and tiresome procedure to obtain permits and licences for the ensuing tourism season.
“It was basically our interaction with the Speaker, where we put out our grievances and difficulties we face in commencing our season, particularly to obtain seasonal permits to commence our Seasonal Trade. We requested Speaker to hasten up to introduce Single Window System and also persuade upon the local bodies (municipality and Village Panchayat not to delay but consider our applications for issuances of licences and permits”, AGPPSHOA president Dharmesh Saglani said.
Incidentally, while many tourism stakeholders have submitted their files with necessary NOCs to the concerned local bodies, almost all the local bodies have not processed the same.
Tawadkar is learnt to have ensured the stakeholders solved all their problems and difficulties listed out to him or brought to his notice promptly, and he wished them a successful new Tourism Season.
Also present were Suraj Naikgaunkar, Pankaj Naikgaunkar, Nilesh Pagui, Armand Cardoso, Gaurav Bhagat, Sonam Pagui, and Sanju Pagui, amongst others.