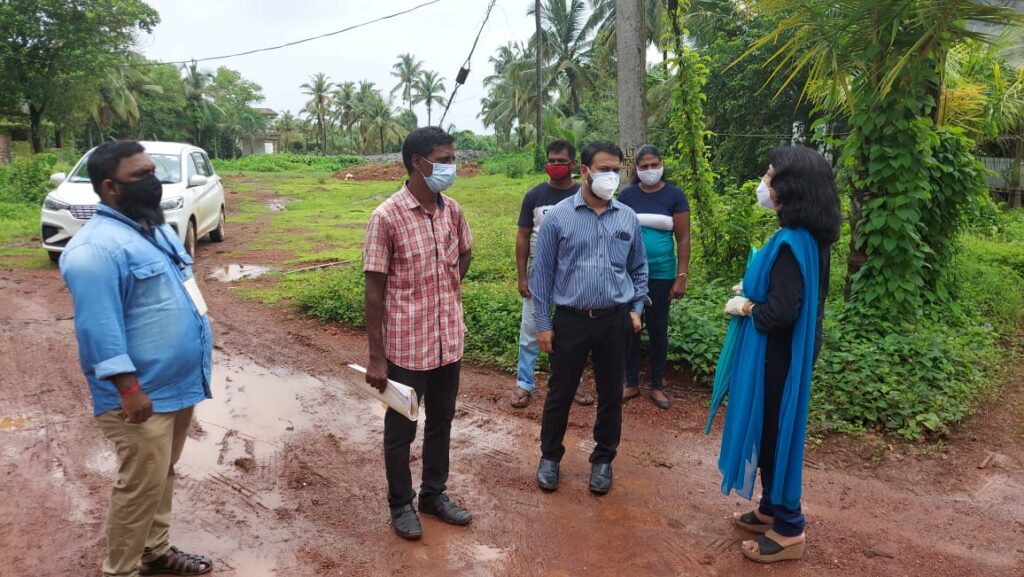 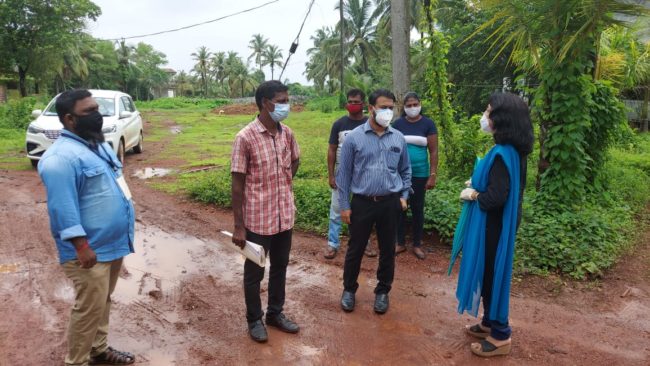 Goemkarponn desk
CORTALIM: Cortalim MLA Alina Saldanha on Thursday carried out a joint inspection of the mini India project at Quelossim. Saldanha later speaking to reporters said that project was being taken up in the no development zone and without approvals.
Quelossim Dy Sarpanch Sebastiao serrao said that during the inspection, the project
proponent had failed to provide relevant documents.
Residents of Quellosim village have opposed a floating recreational project known as “Mini India Park” proposed by Pune-based firm Movaj Enterprises near the banks of the River Zuari.
The park proposed to consist of floating replicas of India’s famous monuments that tourists could access by boats.
The project also includes 5-star resort, houseboats, floating cottages and water sports activities over 35,000 square metres out of total 9 lakh square metres of land under the companys ownership.
The company had approached the Cortalim-Quellosim panchayat in 2012 to seek its approval and has been opposed by villagers who said that the project is located in an eco-sensitive tidal wetland. In 2014, villagers stopped the company from building floating platforms by filing a complaint with the panchayat alleging violations of the Coastal Regulation Zone Notification, 2011.
In 2016, the panchayat approved the project. The Goa Investment Promotion and Facilitation Board (IPB), a state body headed by the chief minister, also granted in-principle approval to the project in July 2016, which led the firm to restart the construction.
In January 2017, the villagers filed a complaint before the Goa Coastal Zone Management Authority or GCZMA alleging illegal dumping of mud in eco-sensitive areas. A case was filed in NGT subsequently. In May 2017, a site inspection by the GCZMA, under NGT directions, found that dumping of mud was carried out in areas classified as no-development zone under the Coastal Regulatory Zone or CRZ Notification.
The inspection also said that sluice gates that regulate the flow of tidal water into the wetland had not been opened, affecting its ecology. The NGT in August 2017 asked for an action plan to open sluice gates of the property in order to restore it to its natural condition.
The gates were opened in January 2018. In a PIL WP 26/2016, the Goa foundation challenged the NOC granted by the Goa Investment and Promotion board to the project and demanded it should be declared null and void. Meanwhile, in December 2017 the Goa Investment and Promotion board withdrew its approval to the project, among 13 such projects located in CRZ areas. In 2018, the petition was disposed as both the panchayat and the Goa Investment and Promotion board withdrew its approvals.
In November 2019, villagers held protests demanding that the panchayat should write to Goa Coastal Zone Management Authority saying that the illegal land given to the project should be restored. In 2020, the Goa foundation filed another petition (PIL No.12/2020) challenging the NOC granted by Captain of Ports Department, Government of Goa to Mini India project. The case is pending.