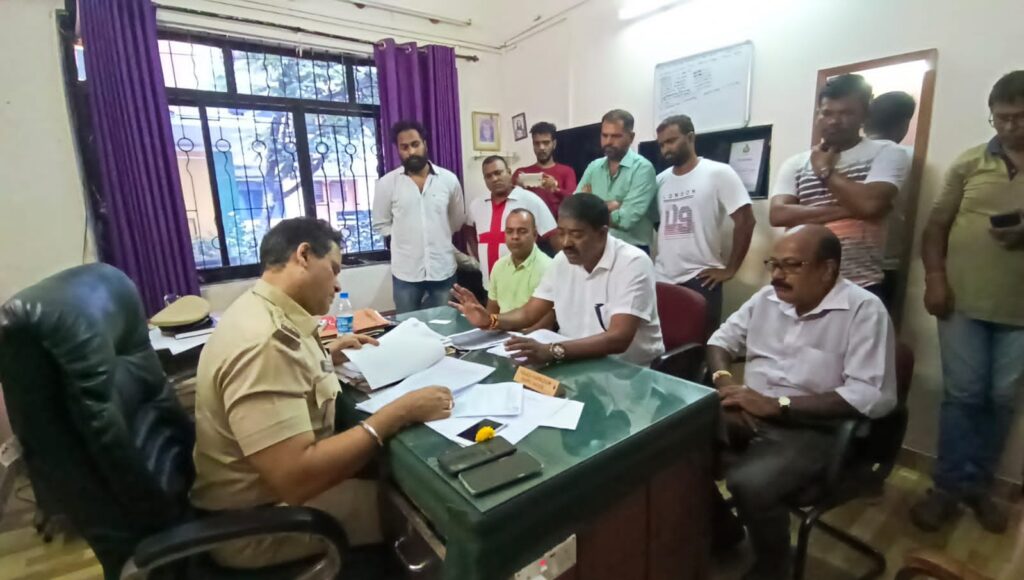 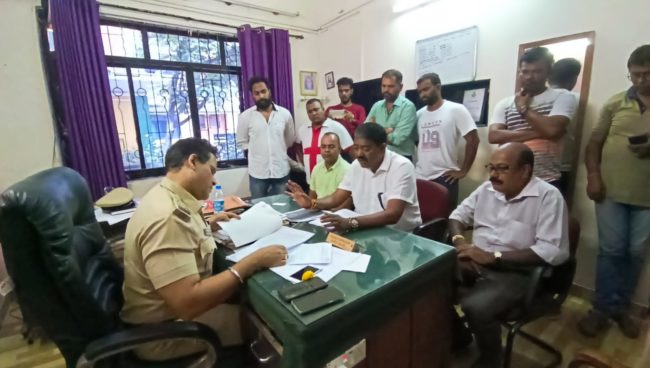 VASCO: Mormugao MLA Sankalp Amonkar filed a police complaint against the Adani gas pipeline contractor for damaging underground water pipelines and the main road causing great inconvenience to the people of Mormugao and Vasco constituency.
On Wednesday afternoon Mormugao MLA Sankalp Amonkar, along with his supporters, filed a police complaint against the Adani underground gas pipeline contractor for damaging the water supply pipeline and the main F.L.Gomes road. In his complaint, Amonkar has alleged that despite the warning, the underground gas pipeline contractor has once again damaged the public property, and this has caused losses to several small businesses and people of both Vasco and Mormugao constituencies.
He further said that an ordinary man is required to do several documents and permission to dig up the road and do some work. How could a private contractor, without obtaining any permission do the digging work of the main road after May 15 when the rains are approaching?.
Amonkar also urged Vasco MLA Krishna Salkar to take up this water pipeline issue and file a complaint against the underground gas pipeline contractor. He has caused problems for the Vasco Constituents, too, despite Salkar’s warning in the past. I
He said that he had asked Vasco Police Inspector Kapil Nayak to investigate the matter and register an FIR against the contractor for damaging the public property.
Later, Vasco police inspector Kapil Nayak told reporters that he had received a complaint from the Mormugao MLA, and he will call the contractor with the permission and will do the investigation of the matter.