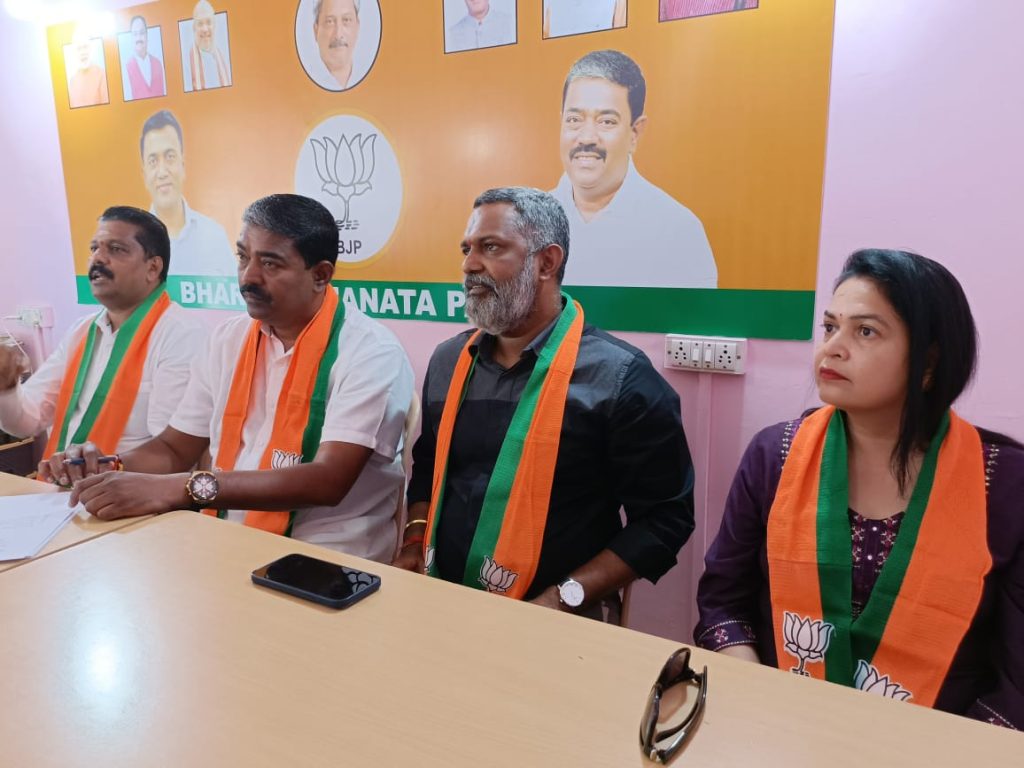 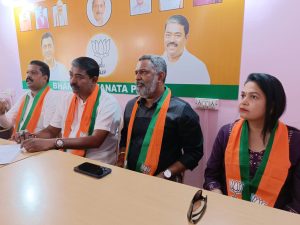 Goemkarponn desk
VASCO: Mormugao MLA Sankalp Amonkar tendered an apology for the unfortunate clash between taxi and tour operators at the cruise terminal.
Amonkar addressing the media in Vasco, also took responsibility for the incident and assured that such incidents won’t be repeated in future.
“This is a very sensitive issue that has happened due to some miscommunication and misunderstanding. The incident was wrong where a coach having 80 international tourists was sent back and sent a wrong message, and I feel that it was my responsibility equally as well that this should not have happened. I take full responsibility, and I apologise to everyone on behalf of the people of Mormugao and the taxi union as well,” said Amonkar.
“I will also take responsibility that such incidents will never ever happen again in the future. The SP, Collector and Dy Collector have had a series of meetings in this regard, and I am also having a meeting with the South Goa collector on this issue. While I apologise for the incident, I also want to refute baseless allegations made by the tour operators on this extortion incident by taxi operators,” said Amonkar
Amonkar says that there have been allegations that taxi operators are asking money from coach owners, harassing and holding passengers at ransom like a hostage, and charging international passengers exorbitantly in dollars.
“The DySP had clearly told the tour operators and the other stakeholders that they would inform of the international ship arrival, number of passengers, number of coaches and other details well in advance. This procedure was happening all this while, and the taxi union, who was informed in advance, allowed all the coaches and buses to move into the port and take the passengers, sometimes even allowing as many as 30 buses to take the passengers,” he said.
However, Amonkar added on that unfortunate day, there was a miscommunication on the side of the tour operators, who did not inform the police nor the taxi union of the booking taken from the ship arriving with 80 passengers.
“The four coaches were also not allowed in the port since there was no information, and the taxi operators also did not know who was taking the passengers on buses because they also had no information. Worst is that, the taxi operators tried to call me, but I was not reachable as I was out of the station and this incident happened,” said Amonkar.