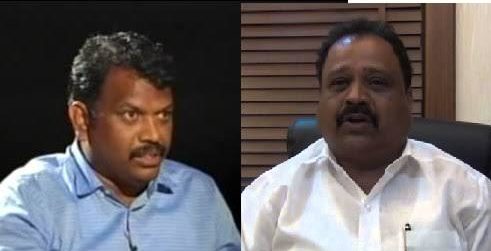 CALANGUTE: Calangute BJP leader Joseph Sequeira calls Micheal Lobo”destruction man”.
Sequeira claims he left BJP for his self interest and several pending issues from sewerage, water supply, road widening etc are incomplete which will be done by BJP in the Calangute constituency.
Calangute BJP candidate Joseph Sequeira told Goemkarponn that in 2012 he was instrumental in fetching victory to Micheal Lobo in the assembly election. Later things changed and when Lobo realised that he is losing his popularity, he joined Congress party at a fag end.
So what we were supposed to do in this scenario? Therefore we joined BJP. Every party has some or the other allegations on it, be it Congress or BJP but people of Calangute knows what is BJP. The ticket which one Gurudas was supposed to get, he gave it to me. Lobo deserted Joseph, Yeshvant and Guru who were his strong supporters after Lobo’s objective is fulfill” said Sequeira.
When asked about the anti-incumbency part, Sequeira said that anti-incumbency is against the candidate and not against the political party in Calangute.
He further added that Lobo is instrumental in destroying the Calangute constituency. Lobo formed the PDA despite the opposition from the locals and the church. Lobo has given 80% of FAR in PDA, fields have been destroyed in Calangute due to rampant urbanisation.
When questioned about campaigning, Sequeira said that he has got only 12 days for campaign and he is trying hard to reach each and every house to meet people.
Sequeira also said that he left TMC by informing Agnelo and Anthony that he is joining another political party since he did not like the functioning of TMC. He also revealed that Mahua Moitra and IPAC head told him that if he is moving out from TMC then they won’t give ticket to anyone, to which I said okay but on forth day I saw Anthony came to file the nomination form” Sequeira said.
When questioned about his priorities if he gets elected from Calangute, Sequeira said he had given 30 points suggestions to the Lobo and to Late Manohar Parrikar from which hardly three points works were done and rest are pending. Calangute constituency has a problem of sewerage, loss to the tourism sector, water supply etc.
When questioned about what he intends to do about these issues, he said there is a need to have a service roads in some spots to be used in cases of emergency. Being a tourism destination the widening of roads is not enough. There has to be a fire station which will play important role in case of fire related emergency. Overhead water tanks in Bags, Arpora, Nagoa areas are needed to solve water shortage problem. All these things need to be done.
Meanwhile Gurudas Shirodkar, said that I have sacrificed the ticket so that BJP wins in the Calangute and Lobo defeats. Lobo has become a destruction man in Calangute who has remained in power for many years and for his self interest has left the BJP at last moment.