Arjun Tendulkar leaves Mumbai team to join Goa, bowler was ‘UNHAPPY’ due to THIS reason 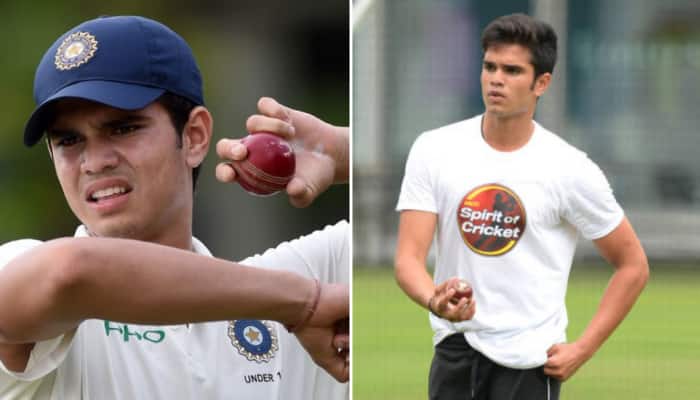 domestic side due to lack of game time and has joined neighbours Goa for the next domestic season. The left-arm fast bowler played 2 T20s for Mumbai in the Syed Mushtaq Ali Trophy in January last year and has now parted ways with his domestic team.

Arjun applied for a NOC (No Objection Certificate) from the Mumbai Cricket Association as the 22-year-old didn’t get a chance to play in the Ranji Trophy after being included in the squad last season. He was then dropped from the squad in the knockout stages.

“Getting maximum game time on the ground is important for Arjun at this juncture of his career. We believe that the shift will improve the probability of Arjun featuring in more competitive matches. He is embarking on a new phase of his cricketing career,” SRT Sports Management said in a statement.

Tendulkar played two unofficial Tests for India’s Under-19 side against Sri Lanka and was also a part of the Mumbai Indians franchise developmental squad with the likes of Kumar Kartikeya and Dewald Brevis. The young MI squad played against English club sides during the tour.