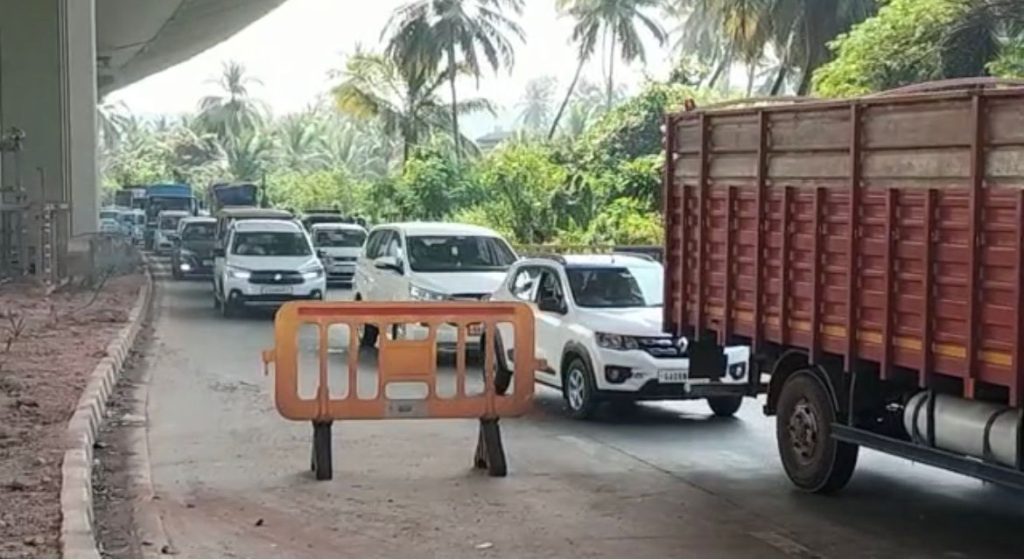 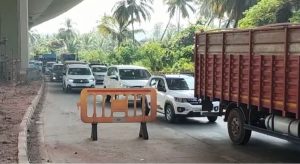 Goemkarponn desk
PANAJI: Unnecessary placement of Barricades resulting in Slow Vehicular Movement, Deployment of Police Personnel who are clueless about Traffic Management at Cortalim Junction & Absence of Signages is the cause of Massive Traffic Jam at Cortalim. It is man-made traffic jam due to government negligence, stated Leader of Opposition Yuri Alemao.
Releasing three Videos of the Cortalim Traffic Jam today, Yuri Alemao exposed the complete mess at the Cortalim Junction.
The videos show complete mismanagement of traffic at Cortalim Junction. The Traffic Police deployed there need to be adequately trained. It is shocking to see Home Guards monitoring traffic below Railway Track on the approach road to Zuari Bridge at Cortalim, pointed Yuri Alemao.
As there is going to be a steep rise in vehicular movement on Margao-Panjim road due to festival season, I demand that a lane must be demarcated at 500 meters before Cortalim Junction for vehicles coming from Panjim and Margao and proceeding towards Vasco. This will stop lane changing & will eventually keep the smooth movement of traffic, Yuri Alemao said.
Government must deploy well-trained Traffic Police personnel to monitor the movement of traffic. Unnecessary Barricades placed at various places from Kesarwal to Cortalim Junction must be removed, and proper signages must be put to demarcate lanes for vehicles going to Vasco, Panjim and Margao, Yuri Alemao said.
The mega jam can cost a life of a critical patient if the ambulance carrying the patient gets stuck in a jam. Today, many School Children cannot reach in time to their Schools. It was very difficult for Office Staff to report on time. “I hope that Transport Minister Mauvin Godinho will give necessary direction to concerned officials to put an end to the traffic nightmare faced by commuters,” said Yuri Alemao.