The Basilica that houses the mortal remains of St Francis Xavier, will be closed on account of "urgent and major restoration work". 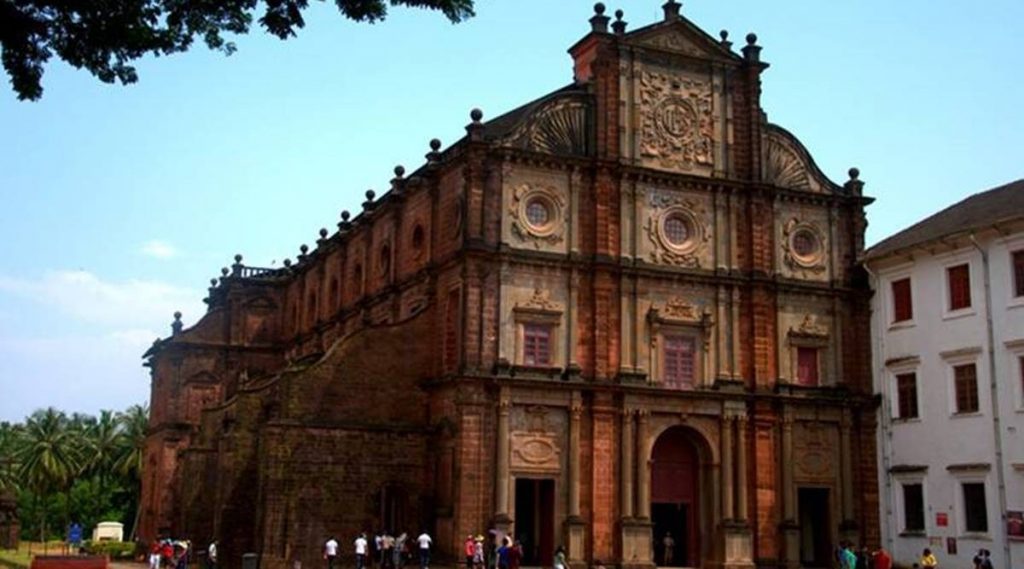 Goemkarponn desk
OLD GOA: Among Goa’s top tourist attractions and pilgrimage spots, the Basilica of Bom Jesus in Old Goa’s UNESCO world heritage precinct will be closed for visitors for a month starting September 5.
The Basilica that houses the mortal remains of St Francis Xavier will be closed on account of “urgent and major restoration work”.
“The closure of the Basilica during this period has been necessitated by the urgent need of restoration of the wooden Altars that have termite and wood borrowing insects, which have been creating havoc for some years. If not treated, it will cause irreparable damage to the wooden structures and statutes on the Altars,” said Father Patricio Fernandes SJ, Rector of the Bom Jesus Basilica.
“We regret the inconvenience caused to all people who come to the Basilica for visits, prayers and blessings on account of this urgent work of restoration undertaken after years at the Basilica” he said.
Spiritual programmes and Masses will be held on the Basilica’s YouTube channel and the ‘St Francis Xavier Official’ app, he said.
Father Fernandes said the Archeological Survey of India’s Chemical Branch, Mumbai has been working on the restoration project since July and after all the clearances and tendering, they will commence the work from Monday onwards for nearly a month.
“During this period, the (Goa) water resources development (WRD) minister, along with his engineers will also level up the low-lying area of the Pandal, which, year after year, gets filled with water from the torrential rains,” he said.
“Besides these two major works undertaken by the ASI and WRD minister and his engineers, other minor works will also be completed during this closure period,” said Father Fernandes.
The feast of St Francis Xavier is held in December every year and sees thousands of visitors from different parts of Goa and other states as well.