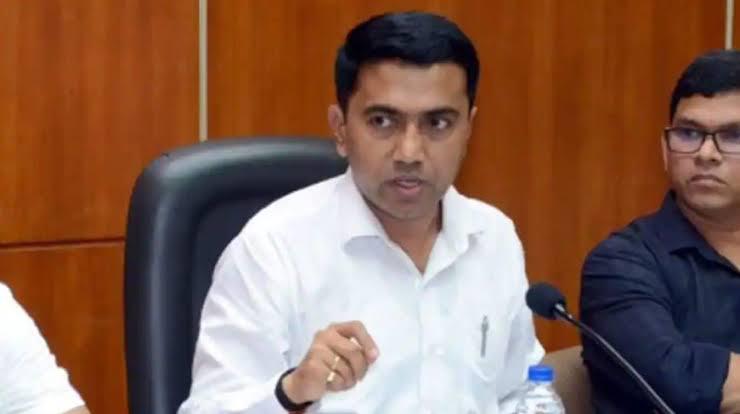 Goemkarponn desk
PANAJI: Chief Minister Pramod Sawant today said that his state government is serious about forest rights and will clear all sanads to those with proper documentation before the tenure ends.
Chief Minister Pramod Sawant was addressing the gathering on the occasion of the Birth Anniversary of Bhagwan Birsa Munda.
“State government is serious on forest rights and will clear all sanads to those with proper documentation before the tenure ends,” said Sawant.
He further said that the government has cleared around 700 to 750 sanads during the last three years. He said that government has around 10,000 applications.
“There are many pending claims for forest rights. These will be cleared soon. People must not sell their land as it can be used for agriculture by the next generation.” he added.
Sawant said Government thinks every individual should get electricity, toilet, water, and own a house and financial and social security. Every Goan should be self-sufficient and for that, united efforts of Government, bureaucracy and the public are required.
People should also come forward to derive benefits and be self-sufficient. The government is making every effort to employ its people in their constituency itself by way of self-employment, he said and appealed to the people to take benefit of 121 schemes which are available online. Internet connectivity problems will be solved soon, he said.
“Government is always with the people and will see that no injustice is done with this constituency with regards to the overall development and all efforts will be made to ensure that this constituency comes into the mainstream of development,” he added.