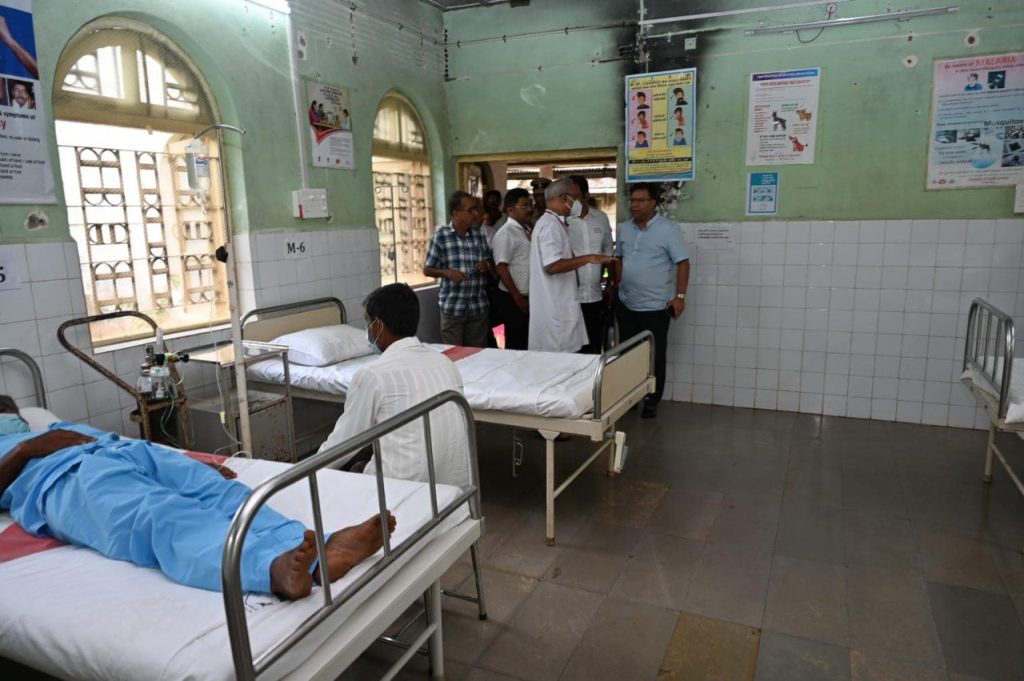 Goemkarponn desk
TUEM: Health Minister Vishwajit Rane said that a biometric system would be installed at the Casarvarnem PHC to track the staff’s in-and-out time.
Minister Rane held an interactive session with the Sarpanch, Deputy Sarpanch & Panch Members from Pernem Taluka in the presence of Pravin Arlekar (MLA-Pernem), Former MLA of Mandrem Dayanand Sopte, HODs of Health, WCD, Forest, Urban Development & TCP.
“There were complaints that staff would leave early before the officials hours, and that is the reason a biometric attendance system would also be installed at the Casarvarnem PHC to track the in-and-out time of all the staff,” said Rane.
He further said that the existing PHC will be renovated into a Community Health Centre, and the department will put up a file in this regard.
“We will station three 108 ambulances as well as an Emergency Care Centre to handle emergency and trauma cases,” Rane said.
He also heard the grievances on matters related to the Department of Health, Forest, Women and Child Development, Urban Development and Town and Country Planning.
“I have assured them that we will look into all their concerns. Simultaneously, I have instructed the respective heads of departments present at the meeting to work on a war footing and in total coordination with the Panchayat members to resolve their issues,” he added.
He also promised regular health check-ups for children in Balwadi and Anganwadis, adding that a playground with sports facilities would also be made available to them.