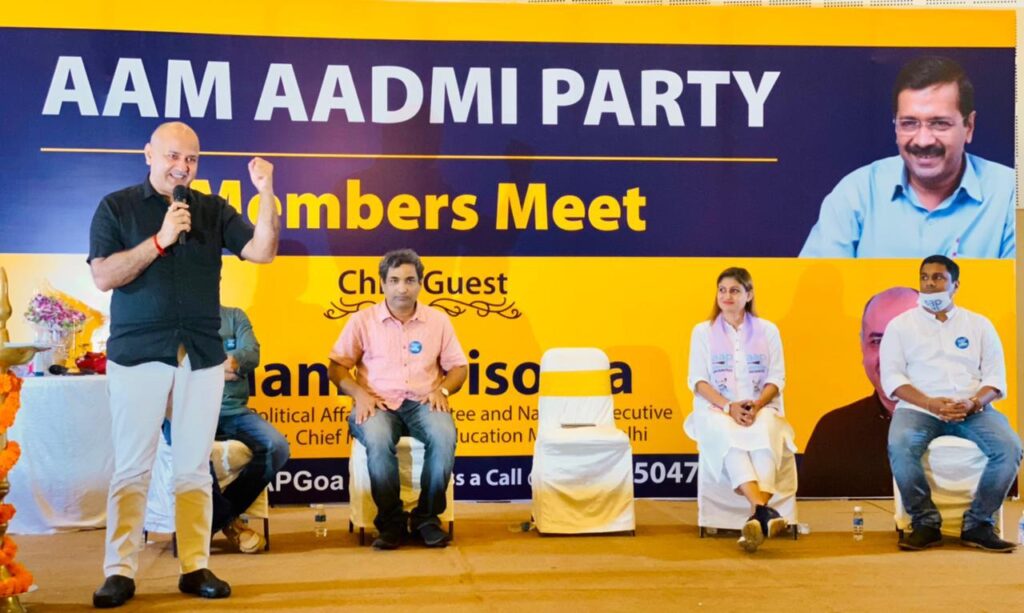 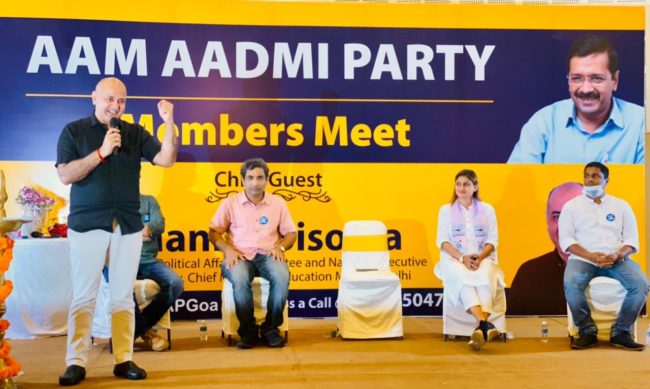 Deputy Chief Minister Manish Sisodia said, “The model of BJP or Congress is to buy MLAs and indulge in dirty politics to win an election. They don’t form a government based on people’s votes but based on which MLAs they bought. This money that they use to buy MLAs, where does it come from? It’s the taxpayers money that could be used to provide free electricity to the people in Goa. If BJP and Congress accumulated money for redevelopment of Goa instead of buying MLAs, incomplete projects for redevelopment would have been ready by now. Look at Delhi, Arvind Kejriwal’s commitment has been to ensure that a flyover in Delhi is made within 12 months, with the least amount of money.”

Deputy Chief Minister Manish Sisodia said, “Goa’s team has become bigger and bigger and this makes me and all members of AAP in Delhi immensely happy. It makes me proud that 4000 volunteers in 40 districts of Goa have been working towards our common goal of development. The kind of strong, selfless and dedicated team that AAP has in Goa, even BJP has not been able to have this kind of a committed team. People are supporting AAP because they are tired of the kind of dirty politics played by BJP and Congress. Today, the people of Goa have made up their mind to support good politics, politics of work by AAP. It is no small feat that a new party, a party started 6 years back got a vote share of 15% in Goa. Someone like Hanzel Fernandes, a 26 year old member of AAP who won a seat in Goa gives us hope that there are people who are dedicated, who want to bring good change in Goa.”

Deputy Chief Minister Manish Sisodia said, “We have created a hope in every Goan’s mind, now we have to create confidence in every Goan’s mind that AAP will bring development in Goa. That AAP will come into power in 2022. AAP will be the political party and form Government that will lead the way for progress, that it will bring Parrikar bab’s vision for a developed Goa into life. Today there are 4000 volunteers, we have to increase our volunteer base to at least 10,000, only then we will inspire change. Many well-wishers tell us that AAP is doing very well in Goa, that we will attain at least 3 seats. In our initial years before we came into power in Delhi, many people told us that we would get at least 2-3 seats but because of Arvind Kejriwal ji’s vision of Delhi, we won the elections and we have been winning for 3 consecutive years in Delhi. People see the strides that we are making for Delhi’s development, and we want to do the same in Goa.”

Deputy Chief Minister Manish Sisodia said, “I urge our volunteers to dedicate themselves, to work harder to fulfil the dream of politics of politics of work. The budget of Delhi in 2015 was only 30,000 crores but because of our sincere politics, the budget in 5 years increased from 30,000 to 60,000. Our citizens do not shy away from paying taxes, it is our governments, it is political parties like BJP and Congress which use the taxes for their own gains. Today, people ask about the Kejriwal’s model of governance, it is a model of using taxpayers money to circle back benefits to citizens. We want that a Goa model emerges which takes into account the needs of the people, which will ensure that the best education, healthcare and welfare facilities are provided to people. We want to focus on Goa’s vision of sincere politics, when we focus on sincere politics and attain growth, when we focus on a politics of vision, we take into account the needs of what people in Goa want, what changes need to be made for Goa’s progress.”