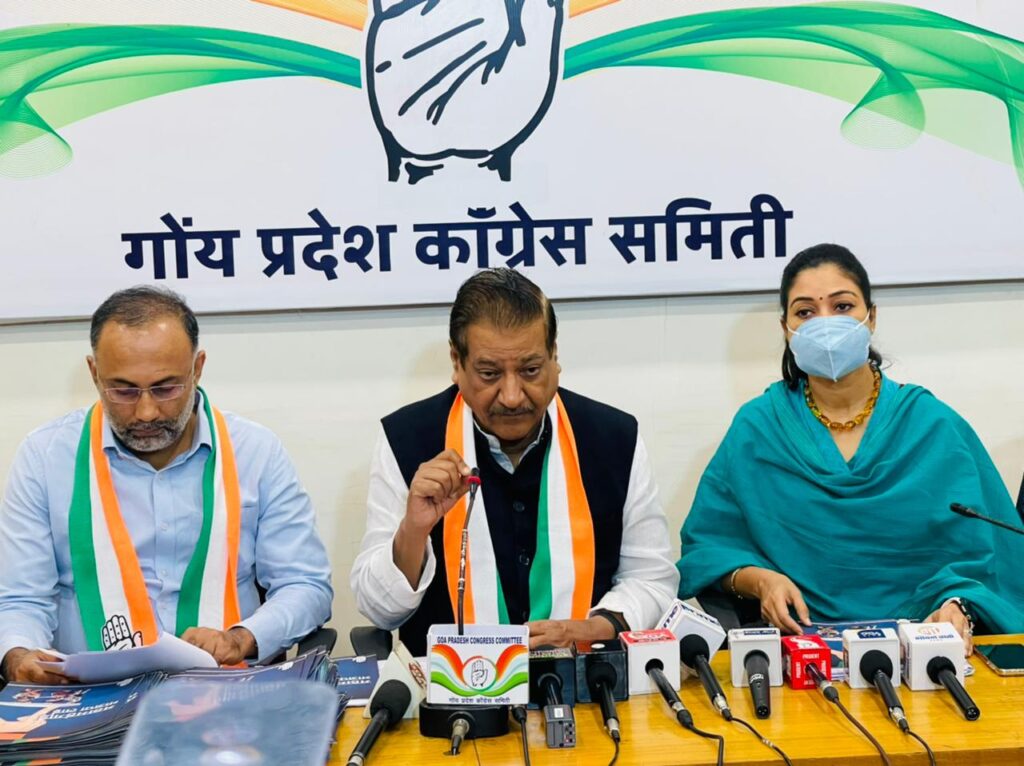 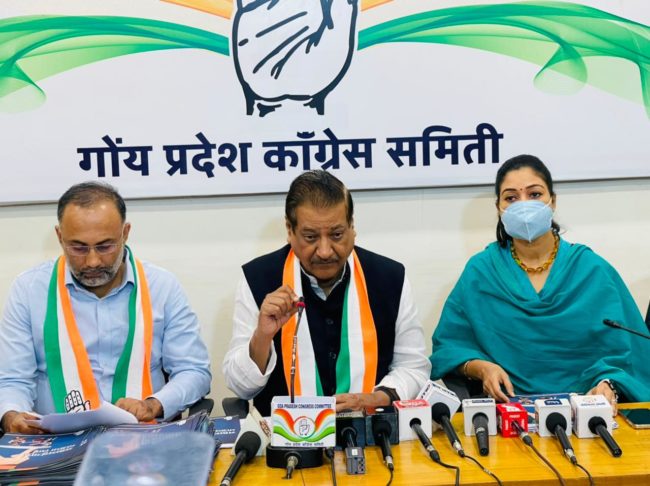 PANAJI: In a scathing attack on BJP governments, the Former Chief Minister of Maharashtra and MLA Prithaviraj Chavan on Monday said that the ingredient of BJP is inflation, corruption, destruction of environment and now it has started to loot people of nation and states ruled by them.

Chavan on Monday addressed a press conference in Panaji and said that if we have to overcome inflation then we will have to defeat BJP.

Prithviraj Chavan said that it was a big mistake of the Modi government to implement demonetization and impose GST. “Modi government always lied that the health of the Indian economy is good, which is false. He has lost control over the economy and the situation is dire.” he said.

“I am confident that Congress will get a full majority and will give a stable government. There will be no opportunity for the BJP to foster defection, like earlier, to come to power.” He said.

“Modi government has only played with the sentiments of poor and middle class families by making them suffer in this skyrocketed inflation. Whilst, the income of his crony capitalist friends is increasing by thousands of crores every passing day.” Chavan said.

“Modi government is not taking action against hoarders. This has affected the market. Prices of every commodity are increasing. But Modiji is busy in displaying his advertisements at petrol pumps and in newspapers from the looted money of several taxes.” He pointed out.

He informed that the Modi government looted 24 lakhs crore on tax collected from petrol and diesel (Excise Duty) in the last seven years.

He said that right from LPG gas, everything essential in the kitchen has gone up. “Now LPG costs at around nearly Rs 1000. Edible oil and Dal have crossed Rs 200.” Chavan said.

He said that during the Congress regime the price of crude oil was $108 per barrel in the year 2014, but still our government managed to give petrol at lower price.“Now the rate of crude oil has come down to $73 per barrel, but the government has brought down rates of petrol. This is irony and unacceptable. This proves that the BJP government is looting the people of the nation.” He said.

“In Goa Petrol prices are touching to Rs 100 per liter.” He said.

We assure to bring down this rate after Congress comes to power.” He added.

He said that rates of edible oil and other commodities have become expensive three to four folds, compared to prices during the Congress government.

He said that finished goods like clothes, garments etc. will all become more expensive as the BJP government at the Center has increased the GST on these goods from 5 percent to 12 percent. “The Prices of footwear, Food delivery services and cloud kitchen, FMCG products, will also go up as taxes are increased.” He said.

“Modi Government fostered the online transactions, but now for withdrawing our own money from an ATM we have to pay tax.” He said.

Chavan said that BJP and inflation are harmful for the country and hence they should be defeated by unity.

Dinesh Gundu Rao said that BP ruled states are looting people and hence they should be sent to home.

Alka Lamba also attacked the BJP government over rising prices. “The situation of inflation has been created by BJP and hence there is a need to send them home.” She said.