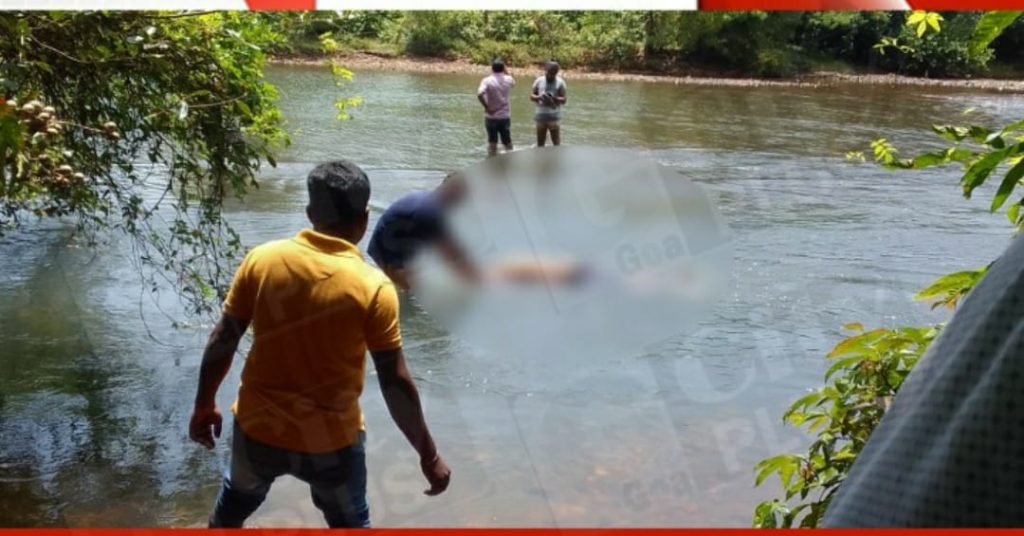 Goemkarponn desk
CANACONA – Dead body of a 27-year-old youth of Shrishthal is found floating in the Talpona river at Bhatpal on Tuesday evening.
According to sources, the body recovered by police from the river at Bhatpal on Tuesday belongs to one Shekhar Velip of Nuvem -Shristhal.
Velip, who was working as a delivery boy at an Online Shopee at Shrishthal, was reportedly missing for the last couple of days.
His motorbike is found parked under a tree at Bhatpal, while his watch and his Mobile are found in the pocket of the short pant he was wearing. Questions are raised as to his missing clothes,
According to sources, the partly decomposed body of Velip was initially noticed by some locals and informed the police, who recovered and sent it to Margao for preservation and autopsy.
He leaves behind his Father and a brother, informed sources.
According to sources, police have launched a search to trace his clothes, and local panch Ex-sarpanch Ramu Naik and other local residents are assisting the police.
Canacona police have registered a case of unnatural death, and LPSI Rifa Barretto is investigating the case further under the direct supervision of Canacona PI Chandrakant Gawas.