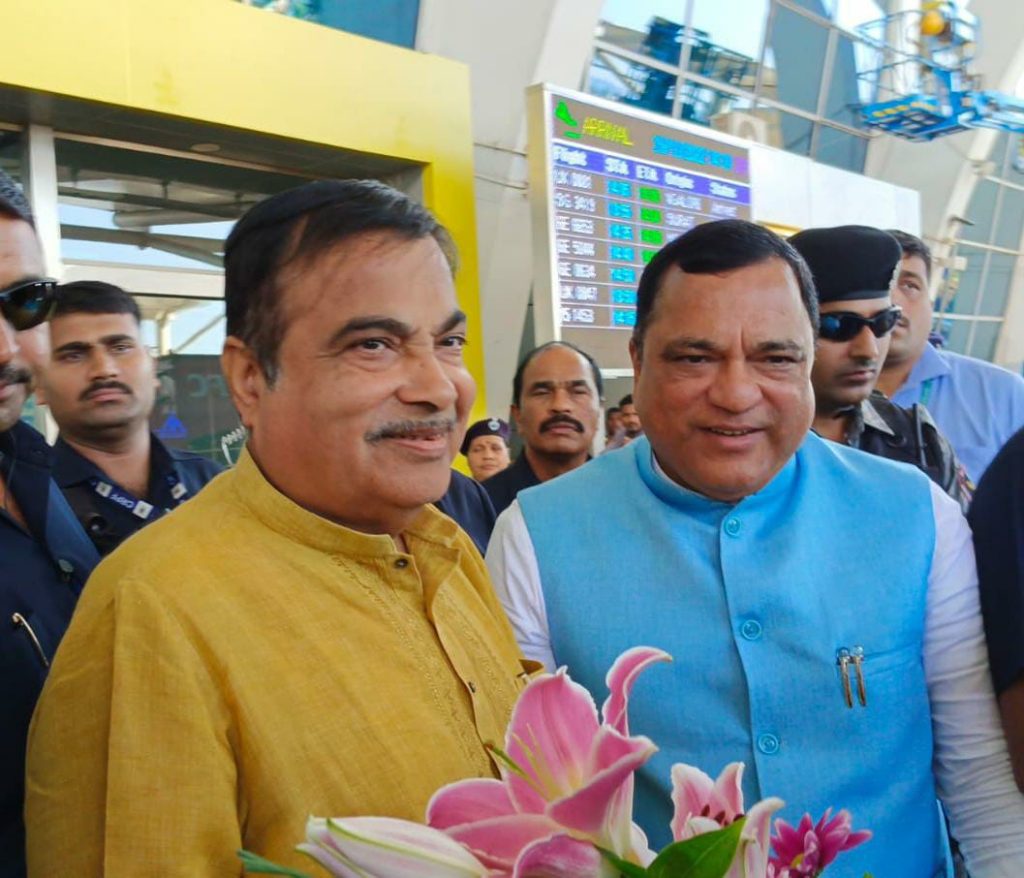 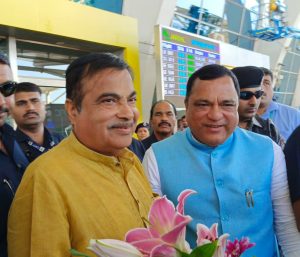 Goemkarponn desk
VASCO: Union minister Nitin Gadkari on Thursday afternoon arrived in Goa and was welcomed by Panchayats Minister Mauvin Godinho on arrival.
Speaking to media, Gadkari said that the new Zuari bridge was a Christmas gift to the people of Goa.
“This is one of the most beautiful and iconic bridge in the world and we will be Inaugurating this bridge for the public in the evening. We have a festive season in Goa with people celebrating Christmas and i think this wonderful gift to the people of Goa ” said Gadkari.
Meanwhile Panchayat Minister Mauvin Godinho said that thanked Gadkari for his vision for Goa
“Whether it is road widening or highways or even Zuari Bridge, Gadkari has always supported Goa. Two biggest things for Goa is the Mopa Airport and New Zuari Bridge which shows how the government is providing good infrastructure for the people in Goa,” he said. He said the bridge will reduced the time to travel between the South and North Goa and improve the connectivity as well.
“This is a game changer and this shows that all the central leaders have showed their love for Goa and supported the government that is working under the leadership of CM Dr Pramod Sawant. This bridge is an example of double engine sarkar ” said Godinho.