Burglar in a house theft case at Pontemol, Corchorem arrested

Gold and Cash total worth Rs. 38,54,300 were stolen. The accused confesses to involvement in two more cases in Navelim, Bicholim 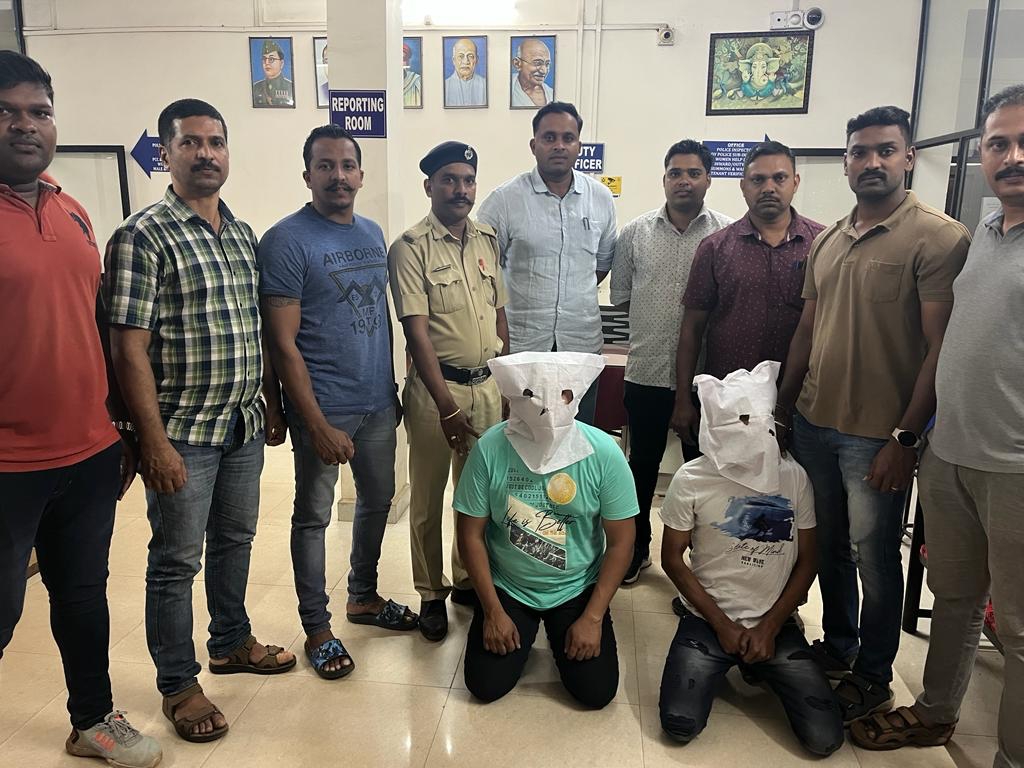 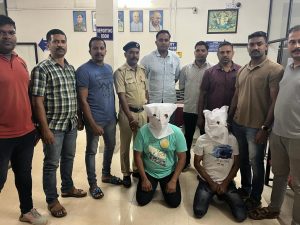 Goemkarponn desk
PANAJI: The Curchorem Police cracked the house burglary case at Pontemol with the arrest of accused Paul Cheema s/o Rajinder Singh, Age 29 yrs.,
r/o. Cansaulim, Cortalim, Mormugao presently residing at Kholpewadi, Sal Bicholim Goa and Muzhar Shaikh s/o Abu Bacar Shaikh, Age 36 yrs., r/o. Vaddem, Vasco.
INCIDENT
On 20/12/2022 at 06:12 hours, registered offence vide Cr. No. 80/2022 u/sec. 457, 380 IPC upon the complaint of Miss. Samiha Bi Shaikh d/o Shaikh Mohammad Yusuf, r/o Pontemol, Curchorem – Goa, to the effect that on 19/12/2022 between 19:45 hours to 23:45 hours in the house of the complainant at Pontemol, Curchorem – Goa, the unknown person/s affected the entry by break opening the door when they were attending wedding reception ceremony of her sister at Sanguem and committed theft of Gold and Cash total worth Rs. 38,54,300/-.
TEAM
The team was formed and led by PI Curchorem Shri Vaibhav Naik under the supervision of SDPO Quepem, Shri Nilesh Rane and overall supervision of Shri Abhishek Dhania, Supdt. of Police, South, Margao.
INVESTIGATION / INTERROGATION
During the course of the investigation, technical surveillance was mounted as well as local intelligence was deployed. Through CCTV footage and call details analysis team was able to zero down one suspect whose movement was verified with the crime scene, which led to the arrest of accused Paul Cheema, Age 29 yrs., presently r/o. Kholpewadi, Sal Bicholim. Upon interrogation, Paul Cheema confessed his involvement in the crime and part stolen property was recovered at the instance of the accused person.