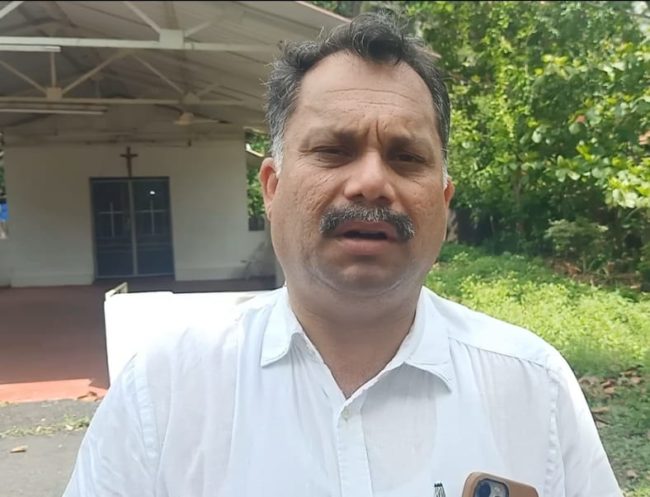 CURCHOREM: Curchorem MLA and PWD Minister Nilesh Cabral denIed any internal politics for the position of Chairperson of Curchorem Cacora Municipal Council. Cabral
Rubbishing the rumours that there are some internal political movements for the post of Chairperson of CCMC, Minister Cabral said that he is just a mediator and his vision is to develop the municipal and village areas of his constituency.
When asked if there was any disagreement about the chairperson post, Cabral said the chairperson and the council run the municipality, and they have to take any decision of the municipality.
“The term of office of the chairperson was one year which was finalised last year by the municipal council internally. But now, if they all want to extend the chairperson’s term to five years, I have no objection to that,” said Cabral.
He also said that his main focus was to work for the people and work for the Municipal Council and with the Panchayat. The chairperson let the Municipal Council decide in consultation with each other.
“I have no problem with that,” Cabral said.
“The municipal council works for the people, not for their personal gain” in a 15 members council; the ruling panel have 11, and the opposite has four councillors,” he added.