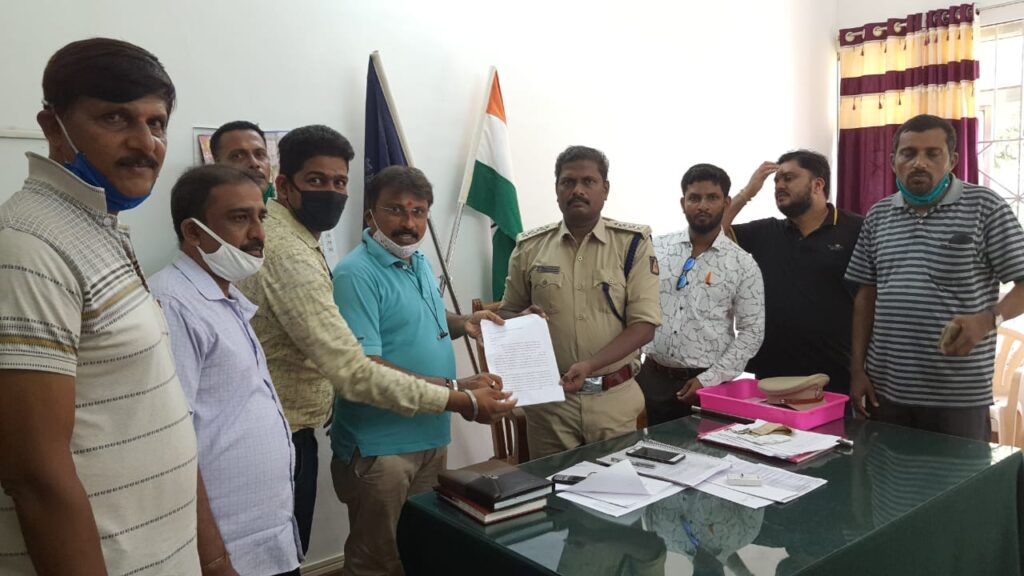 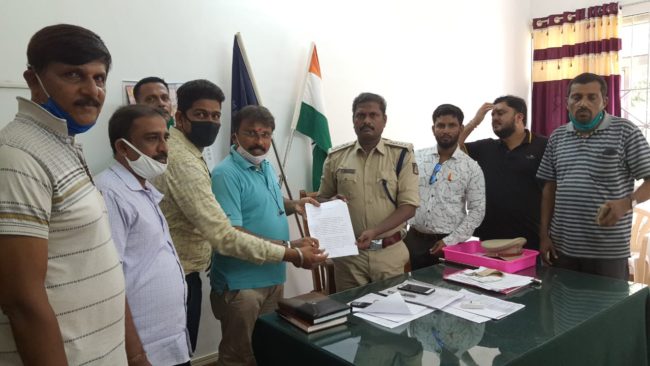 Canacona.
Canacona of late is more in news for bad reasons than good, and in one such incident a video of an young woman calling herself Shalaka from Canacona has gone viral on social media poking fun at Karwar and its people.
Irked over the widely shared video three different organisations affiliated to protecting and promoting Karwar culture and traditions have filed two separate complains against the woman for hurting their sentiments and trying to creat a rift between the communities of Goa and Karwar through a video shared on social media depicting Karwar and its people as being with no mannerism and uncivilized.
The complainants, Kshatriya Maratha Parishad, Karnataka Rakshan Vedike and Karunada Rakshan Vedike have submitted two separate complains to the Cyber crime cell and Superintendent of Police, Uttar Kannada District on Wednesday morning and have demanded exemplary punishment against the woman and her accomplices who were part of the defamatory video allegedly shot and made viral by them.
Speaking to this correspondent N Datta associated with one of this civil society groups informed that he was shocked to see a video which was shared widely on social media platforms depicting and portraying Karwarians as being non civilised and backward and making fun of the Karwar people.
The woman in the video identifies herself as Shalaka and a resident of Canacona.
The video is doing rounds on social media since last week and has angered the Karwar natives specially the youth Datta informed.
“The woman in the exactly five minute video pokes fun of the Karwar people and its culture, this is intentionally made to make fun of our people and our culture, we have very good relationship with people from across the Goa border and this unwarranted video has created a rift between the two communities” Datta informed.
Immediately after the complains were lodged at Karwar on Thursday morning, the woman accused in the complain made another video in which she is heard apologising for making the video and the video also went viral reaching far and wide.
In the second video the accused woman is saying that the first video was just a monologue and it was a story on the dialect of Karwar and in no way was made to hurt anyone’s feelings, emotions nor sentiments.
When this correspondent brought to the notice of some members of the organisations who has lodged the complain against the woman and her accomplices that she has apologized for the video, they said that she has to come to the Karwar police station and apologise in person.