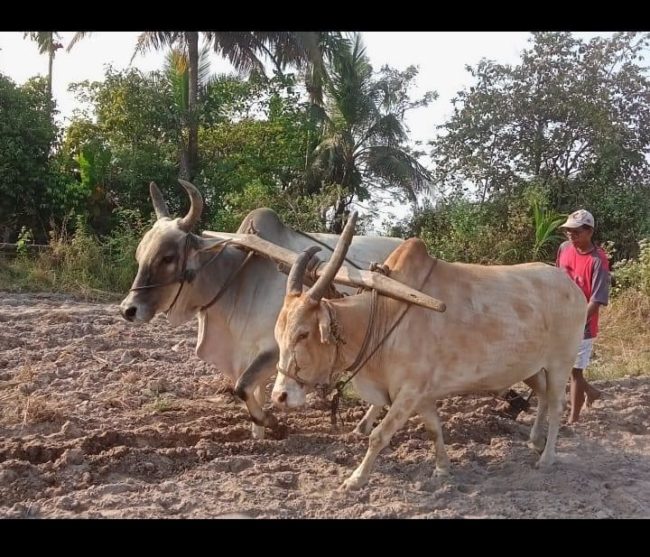 SALIGAO: In a shocking incident, early morning between 1 to 3 am pair of ploughing bulls belonging to Kalidas Patekar, from Muddavadi, Saligao, were stolen.
Stealing bulls is not something new in Saligao, and two years ago, about six pairs were stolen in a similar pattern; but after arresting three suspects from Guirim, these robberies were stopped, but it’s a bad sign that once again, these cattle thieves have become active and robberies restarted, says Ramesh Ghadi, a social activist and BJP block president.
He aays Kalidas is one of the last farmers of Saligao who has a love for traditional farming methods.
“He still actively ploughs his fields with his bulls. It is a big pinch for this struggling family man to lose his pair of bulls at this time of year when the ploughing season has just begun,” Ghadi said.
He added, “Hope our Saligao Police station will put in some extra efforts to catch the culprits involved..”
Meanwhile, today morning all upset farmers had gathered near Kalidas’s house.
They hoped poor Kalidas would get back his pair of bulls.
Police said they are investigating the matter, and a close watch has been kept on the suspects.
Meanwhile, Ghadi said If anybody has any leads on these bulls, please call 9850453355..or Saligao Police Station.