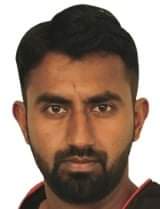 SURAT: Chhattisgarh won by eight wickets against Goa in the Vijay Hazare Trophy tournament being organised by BCCI at the Kholvad Gymkhana ground in Surat on Wednesday.

Darshan Misal scored 56 runs in 54 balls to finish as the highest run scorer for Goa. Captain Amit Verma contributed 46 from 72 balls and claimed the only two Chhattisgarh wickets to fall .Suyash Prabhudesai finished with 44 from 64 balls.
Keenan Vaz scored 14 runs after facing 32 balls while Snehal Kauthankar contributed 14 from 32 balls.
Opener Rishabh Tiwari top scored for the winners with 91 from 106 balls.
Captain Amit Verma claimed the two Chhattisgarh scalps from his 7.5 overs and conceding 34 runs.