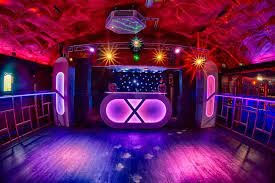 SURAJ NANDREKAR/
Goemkarponn
CALANGUTE: In a shocking revelation, it has come to the fore that Manoj Singh, owner of Club X, who is absconding in the Ravi Shirodkar stabbing case, provided five girls to the two accused – Tarzan & Ludu’s, birthday party at the Club.
Ravi Shirodkar was mercilessly stabbed and assaulted by at least 17 persons after the party, his family said.
The SDPO and PI say that Manoj Singh, brother of notorious Gajendra Singh alias Chotu, is running a prostitution racket from Club X.
Sources said the Anjuna police have CCTV footage of the girls entertaining the guests at Club X.
In a letter, the Mapusa SDPO and Anjuna PI have asked Calangute PI to act against Manoj Singh and Club X for running a prostitution racket.
“I am to inform you that, on 01.10.2022, Laxman Shirodkar S/o Sajro Shirodkar, age: 54 years r/o H.No.2/136, Naikawado, Calangute, Bardez Goa to the effect that on 01.10.2022 at around 03.45 hrs at Diaswado Nagoa, Bardez Goa accused persons namely 1) Tarzan Parsekar, 2) Ludu Kerkar, 3) Sagar and 2-3 other unknown persons came to Diaswado Nagoa in 02 cars and with their common object formed an unlawful assembly, armed with knives and stabbed the complainant’s cousin brother namely Ravi Shirodkar, (age 30 years) r/o Naikwada Calangute Bardez Goa with knives on his body causing him serious injuries thereby attempted to commit murder and fled away from the spot in their cars,” said a report from SDPO Mapusa Jivba Dalvi and PI Anjuna Prashal Desai.
It further says, in this connection, Anjuna PS Crime No.161/2022 U/s 143, 147. 148, 307 r/w 149 IPC stands registered. 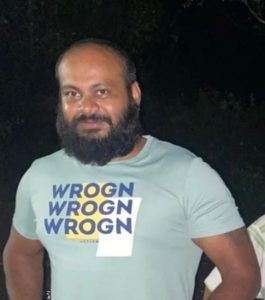 “It is further to inform you that, during the investigation, it was revealed that, on 01.10.2022, at around 01.00 hrs, the above-named accused persons, along with Manoj Singh, who is running X’ Club Bar & Restaurant, Calangute, Bardez Goa and 10-15 other persons had celebrated the birthday of Tarzan Parsekar s/o Ramchandra Parsekar, r/o H. No. 171, Arraiswaddo, Nagoa, Bardez Goa and Rajesh @ Ludu s/o. Suresh Kerkar, r/o. H. No. 46, Grand Morod, Saligao, Bardez, Goa over there,” the report says.
The letter added, “It was also revealed that Manoj Singh kept 4-5 girls at Club X Bar & Restaurant to entertain the customers visiting the Club. It is also suspected that Manoj Singh might be forcing the said girls into prostitution activities”.
“It is to inform you that, during the interrogation of accused Tarzan, it was also revealed that Manoj Singh provided five girls for entertaining the accused persons while celebrating their birthday party at Club X Bar & Restaurant,” it says.
The letter says that it can safely be derived that Manoj Singh may be forcing the said girls into prostitution activities.
“Hence, it is kindly requested to rescue the said girls and take necessary action at your end. CCTV footage of Club X is available with the investigation officer,” it says.