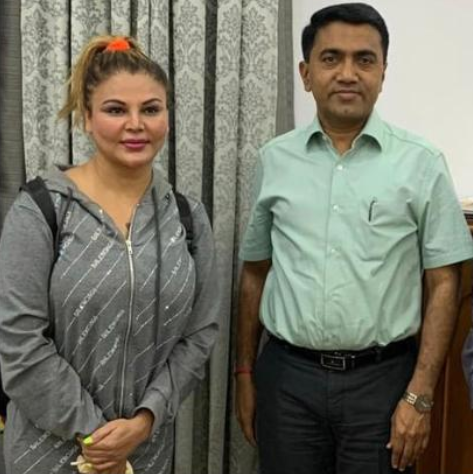 He said Goa Government must immediately file a FIR against Rakhi Sawant for hurting the sentiments of the people of Goa; especially Catholics demanded Joseph Dias.
“Good Friday is a day for somber reflection. Each Friday before Easter, Christians solemnly honor the way Jesus suffered and died for our sins. We attend a service that recounts Jesus’s painful crucifixion, and some even refrain from eating to show our sorrow,” said Joseph Dias.
He said the Good Friday is “Good” because as terrible as that day was, it had to happen for us to receive the joy of Easter, claimed Joseph Dias.

He said the present BJP Government is all out to insult and humiliate the people of Goa.
“After insulting the Maratha King Chatrapati Shivaji Maharaj by calling him “Invader”, now the Chief Minister has used the medium of Rakhi Sawant to humiliate Catholic Community in Goa,” charged Joseph Dias.

People of Goa are watching the acts of BJP Government which has now slowly started pushing the agenda of Communal Divide in the State as elections are nearing. BJP banks on Divide & Rule policy, said Joseph Dias.
“We are confident that this era of ten years of suffering and pains of Goans due to faulty and insentive policies of the BJP Government will end and Goa will once again rise with a bright easter in 2022,” said Joseph Dias