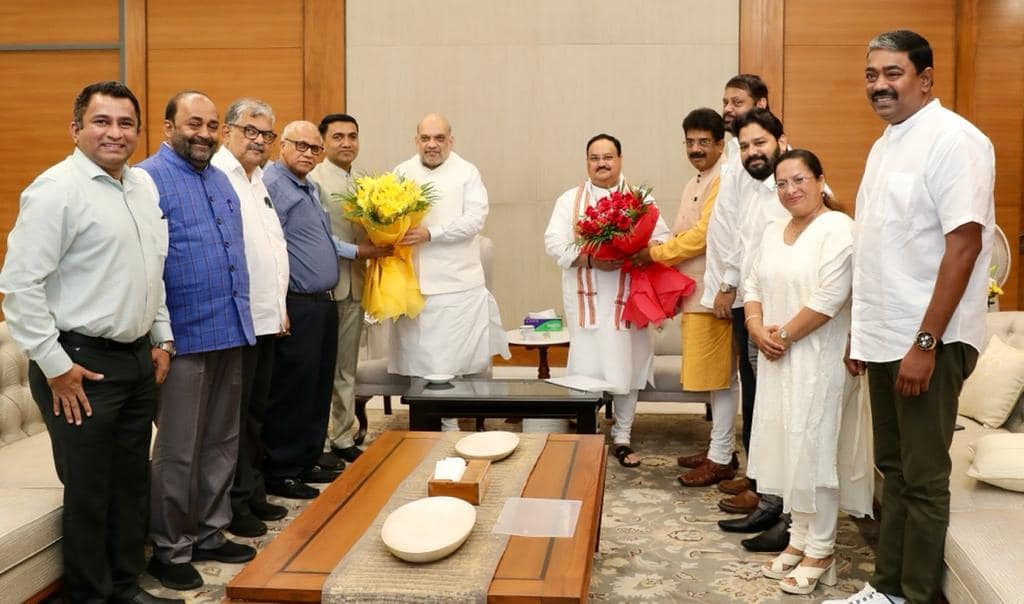 Goemkarponn desk
PANAJI: Chief Minister Pramod Sawant has refuted claims of Cabinet reshuffle and dropping of three ministers saying that there are no plans of a reshuffle in the state cabinet.
“There are no plans of a reshuffle in the state cabinet. We had gone to Delhi newly joined BJP MLAs called on BJP National President J P Nadda and Home Minister Amit Shah at party headquarters in New Delhi,” said CM Sawant.
He further informed that they had discussions about how to take the party work forward and win both seats of Lok Sabha.
As per sources, three MLAs will be inducted into the cabinet. However, Sawant has denied any such possibilities.
BJP President Sadanand Tanavade said that Michael Lobo was out of the country, and that is the reason he could join them for the meeting.
“We discussed works to be carried out in constituencies and the state. We could not meet the Prime Minister as he was busy,” he said.
Earlier, MLAs Digambar Kamat, Michael Lobo, Delilah Lobo, Kedar Naik, Rajesh Phaldesai, Sankalp Amonkar, Rudolf Fernandes and Aleixo Sequeira had all jumped ship to join the BJP after passing a resolution in a meeting of the Congress Legislature Party.
CM Sawant had on Thursday met Goa Governor PS Sreedharan Pillai. The meeting created a buzz as it came amid talks of a cabinet reshuffle after eight Congress MLAs joined the ruling BJP. The chief minister, however, clarified that the meeting had nothing to do with politics.