Coal transportation will not be allowed from Vasco city: Salkar 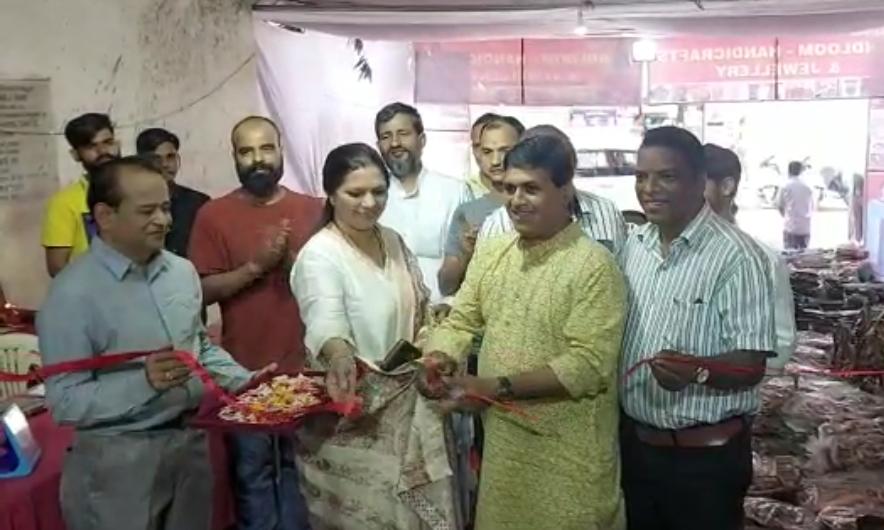 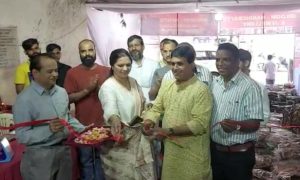 Goemkapronn desk
VASCO: MLA Krishna Salkar on Friday morning that he would not allow heavy vehicles moving to and from the port from the city and urged the transporters to use the Four-lane port connectivity road already in use.
Salkar spoke to reporters after inaugurating the “Rajasthan Grameen Mela” at Tourist Hostel in the presence of Municipal councillors Shami Salkar, Girish Borker, Organiser Mahaveer Chellani and others.
“We don’t want pollution in the city, and we have had many protests in the past to expedite the works of the port connectivity four-lane flyover, which is now ready. I don’t understand why the MPT does not want to use the port connectivity road, and I have already spoken to CM Dr Pramod Sawant, who informed me that he is out of the station and will find a solution by Monday or Tuesday,” he said.
Salkar said he is clear that people don’t want pollution, and we have seen that there is spillage and the trucks are not covered properly, and the pollution issue is faced by the city residents, and I don’t blame the residents who are on the agitations. The authorities must ensure that there is no spillage, and they can show us how they will stop pollution during transportation and what steps they have taken in this regard.
“The four-lane port connectivity was built for vehicles moving to and from the port, and these vehicles can use that road instead, and we will not allow transportation through the city, which has seen many accidents, and with the rise of population and vehicles, we may see more accidents soon,” said Salkar.
“We also urge the people not to use the port connectivity flyover for walking as it is meant for the vehicle of the port, and once the port transportation starts in a full-fledged manner, these vehicles can speed up along the road. There will be an extra rush of vehicles and I have already informed the Highway and port authorities to prevent people from using this bridge for walking, exercise or other purposes,” said Salkar.
Salkar said that the unfortunate clash between taxi and tour operators sent the wrong message about Goa to the nation.
“Tourists are our guests, and it is our responsibility to take good care of them. Mining and tourism are our main revenue-generation sectors, and many depend on these businesses. If we I’ll treat the tourists, it will send a wrong message about Goa to the nation and the world over. I urge taxi operators not to indulge in I’ll treat tourists no matter what the reason may be but instead give them a better treatment so that we have a rise in tourism activity in the state,” said Salkar.