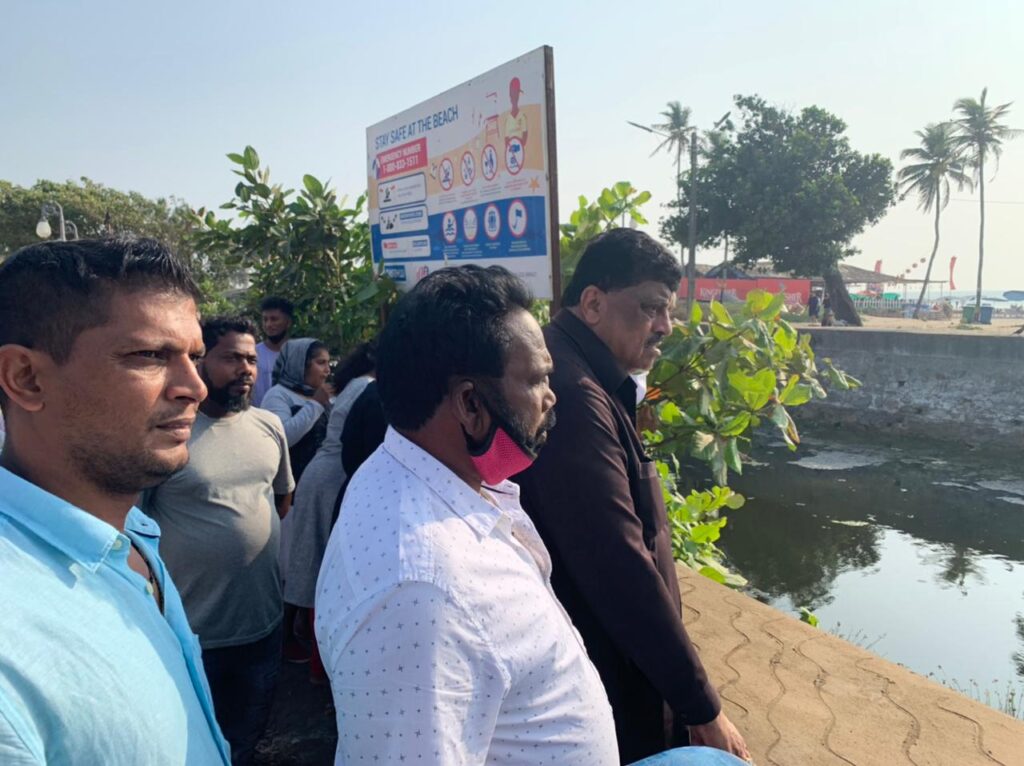 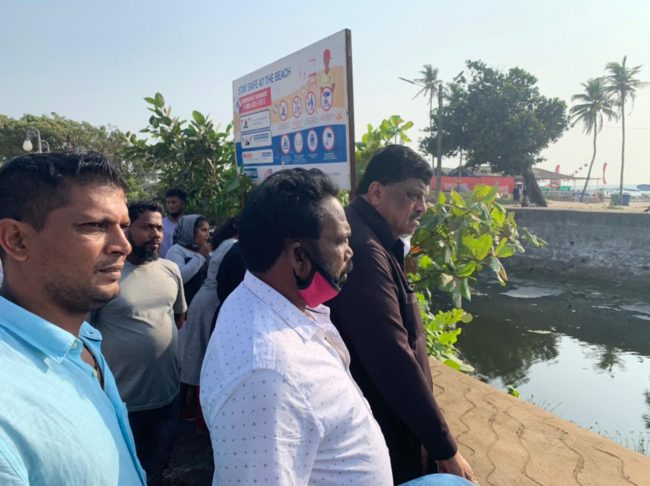 Goemkarponn desk
Margao: The work of improvement to Colva Creek and construction of retaining wall at Colva beach was inaugurated at the hands of Benaulim MLA Churchill Alemao and the Panch members of Colva.
Churchill has thanked the Chief Minister and the Water Resource Development Minister for having facilitated the long pending work of the Colva creek.
The work of improvement of the Colva creek has been a long-pending need as well as the demand. There has been a court case against the discharge of sewage into the creek which once had clean water and fishing activities too.
The Benaulim MLA Churchill Alemao has thanked the WRD Minister Philip Neri Rodrigues for having facilitated the work and has also thanked the Chief Minister Dr Pramod Sawant for passing the project which is important of the people of Colva and from the Tourism point of view.
“Colva has been classified as an iconic beach and the attraction towards the beach will only increase now after the project is completed,” he said. Churchill said that the creek will be covered with a net so as to discourage the dumping of garbage and filth into the creek. “If any hotel is found releasing sewage into the waters, action will be taken and their establishment will be shut” assured Churchill.
He has also updated that the work of the toilet blocks and the beautification of the beach will start back again after it stopped due to the cash crunch of the Government.
This work will be done at an estimated cost of over Rs. 8 crores 70 lacs by M/s. Unique Constructions in a stipulated time period of 180 days. The scope of work includes mainly construction of retaining wall on both the side of the creek for a length of 1555.00 mts & Ht.2.00 mts. and wall height 2.80mts for a length of 610.00mts.
Construction of Bandhara structure for the storage of water & also to stop the saline water from entering the agriculture fields. Setup of sewerage treatment plant of 40KLD for the treatment of water from the creek. G.I. chain link mesh on either side of the creek. 6 nos. of footbridges for crossing over, footpath with pavers for a length of 666.00mts, benches and electrical light poles.