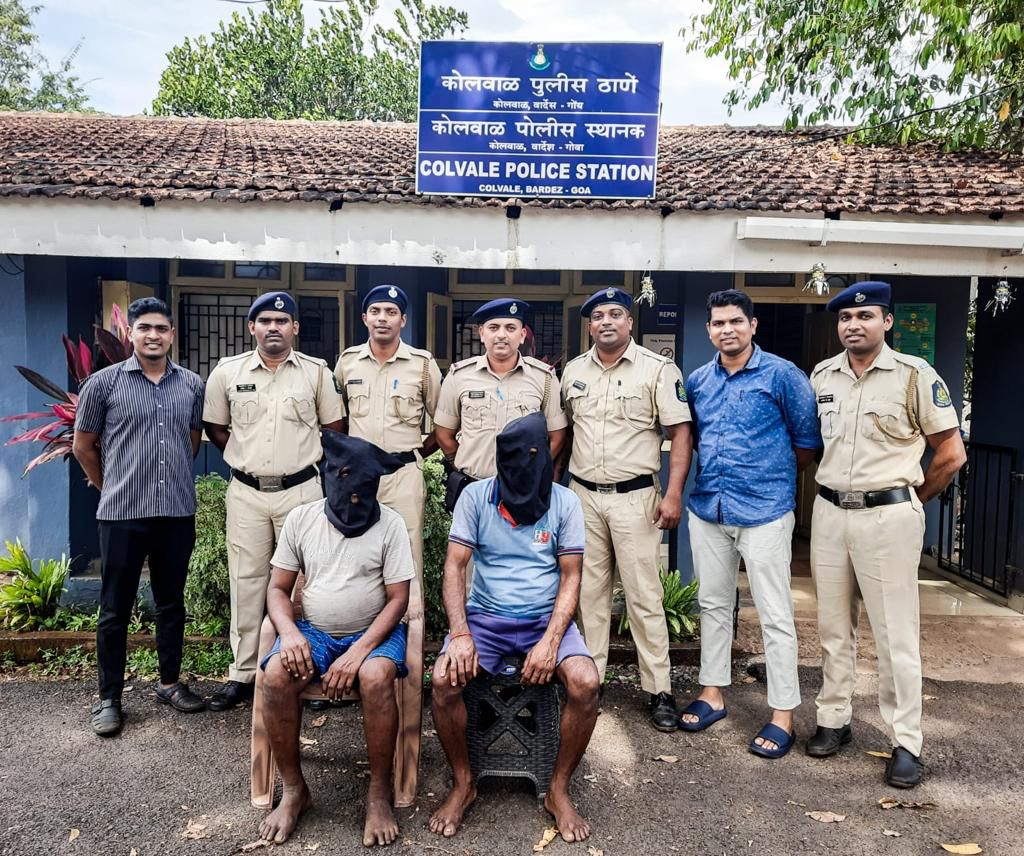 Goemkarponn desk
MAPUSA: The Colvale police arrested two persons for the illgeal extraction of sand in River Chapora at Pirna.
The arrested was done after a joint raid by the Captain of Ports, Colvale Police and the Department of Mines and Geology.
Police said that today on 13.12.2022, early morning at 05.00 hrs, it was reliably learnt that some persons are engaged in illegal sand extraction activity in the river Chapora at Pirna.
Based upon reliable sources, a joint operation was carried out by the officials of Colvale Police station, Mamlatdar of Bardez Dasharath Gawas, officials of the Department of Mines and Minerals, Panaji and officials of the Captain of Ports, Panaji and a raid was conducted.
Two persons were found in the process of illegal sand extraction using a canoe in the river at Pirna and were detained them along with a canoe and sand.
They disclosed their name as Dadan, s/o Ramgovind Sahani age 50 yrs and M.r Aajy, s/o Dinanath Sahani age 42 yrs, both r / o Uttar Pradesh. A total of 08.5m3 of extracted sand were found. 11050/-.
The complaint in the above regard was filed by the Shri. Shyam Sawant, Assistant Geologist of the mines and mineral department and a case was registered at Colvale Police station against the above person for committed theft of sand u/s 379 r/w 34 IPC and for contravention of rule 3,38 with rule 62(1) of the Goa Minor Minerals concession rule 1985 and both of them were arrested. The seized canoe.
SDPO Mapuca Jivba Dalvi informed that further investigation is being carried out by the Colvale police station.