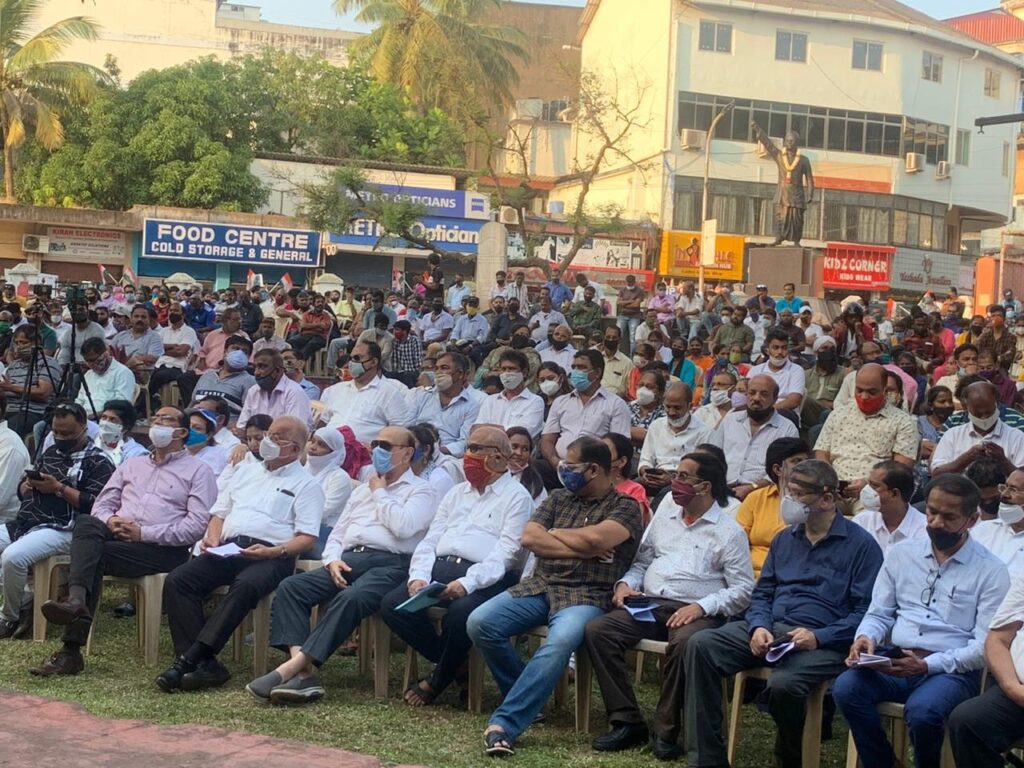 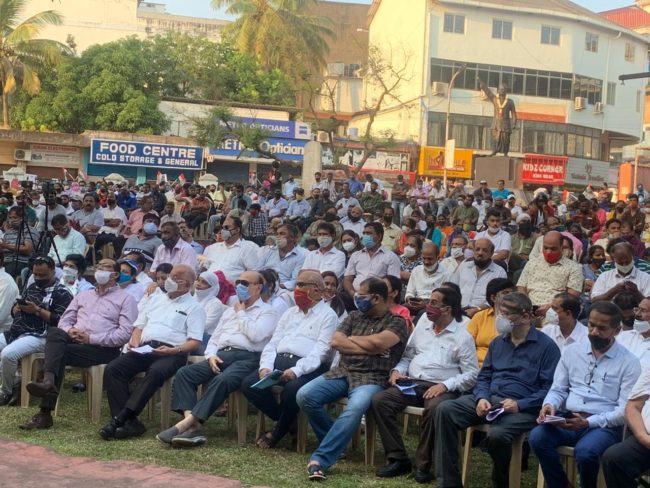 The Congressbon Saturday resolved to continue to be the Voice of the People to protect the Identity of Goa and Environment and continue its participation in all the protests, agitations to preserve the Environment, Forest and Wildlife of the State.

The Congress had a protest meeting witt #OnlyGoalSayNoToCoal and #SaveMollemFromDestruction under the initiative of Goa Pradesh Congress Committee (GPCC) at Dr. Ram Manohar Lohia Maidan l.

The meeting resolves to oppose the plans to set up a Coal Hub in Goa to stack up Coal for meeting the requirement of Coal based industries in Other States.

They also resolves to oppose the kaying of Railway Double Tracks from Vasco-da-Gama to Hospet, meant only to transport Coal from Mormugao Port Trust to various Industries situated in the neigbouring Karnataka, Maharashtra & other States causing serious health hazards to the People of Goa.

“We demand that government must explore the other alternatives available with them without destruction of Environment Forest and Wildlife,” they said.

They also oppose the laying of Power Transmission Line which will destroy the trees, biodiversity and Environment.

The speakers requested the Congress Parliamentary Party to move an amendment in Parliament to exclude MPT from the MAJOR PORTS AUTHORITY BILL 2020 which gives absolute power to the Ports to enact laws bypassing the State Laws and Local Bodies.

They demanded from Ministry of Environment, Forest and Climate Change (MEFCC) to conduct a cumulative Environmental Impact Assessment (EIA) to assess the overall and collateral impact and damage on the Environment, Health, on Flora and Fauna, the Water Falls at Dudhsagar and its overall impact on Tourism Industry in Goa.

They also demand Public Hearing on all the three projects which are passing through Bhagvan Mahavir Wildlife Sanctuary and Mollem National Park casing mass destruction of bio-diversity.

Also, they demanded to immediately drop the FIR’s filed against the Six Goemkars with their names and unknown others for their participation in the Peoples Protest held at the Heritage Village, Chandor on Monday 2nd November 2020 .