Congress will form the next govt in Goa: D K Shivakumar 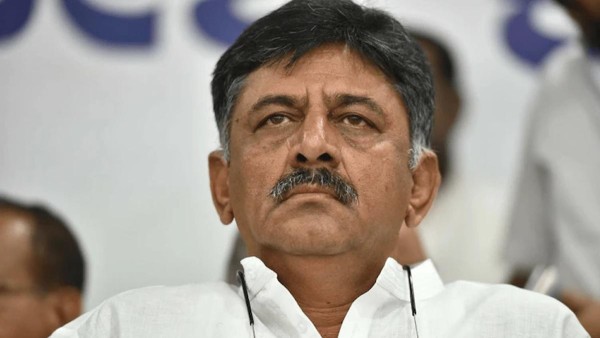 PANAJI: Karnataka Pradesh Congress Committee (KPCC) President and former Karnataka minister D K Shivakumar today expressed confidence and said the Congress would form the next government in the State.
“We have the blessings of Goans, and they have confidence in the party. Goans are intelligent, and they want a change. They had given Congress an opportunity the last time, but unfortunately, Congress could not form the government. But this time, our candidates will remain firm and make the best use of this opportunity given to us by Goans,” said Shivakumar.
He further said that people want a change and a Congress party. He said that people would respond to the Congress party, making a difference in Uttrakhand, Punjab and Goa.
“My entire team of Karnataka is there in Goa. To support my team, I have come to Goa today,” he added.
Dinesh Gundu Rao, former Karnataka Minister who is in charge of AICC Goa desk, has said if his party falls short of the majority mark of 21 seats, it will seek the support from Aam Aadmi Party (AAP), the Maharashtrawadi Gomantak Party (MGP) and Trinamool Congress (TMC) to form the government.
Sources close to Shivakumar said that he will put in maximum efforts to install a Congress government in Goa, as he is eyeing the post of Chief Minister in Karnataka after the assembly elections in 2023.
“This is an opportunity for Shivakumar to impress the high command, which will take him one step closer to the coveted post.” sources said.