Cotigao will get its works executed under MNREGA, Gramsabha rules 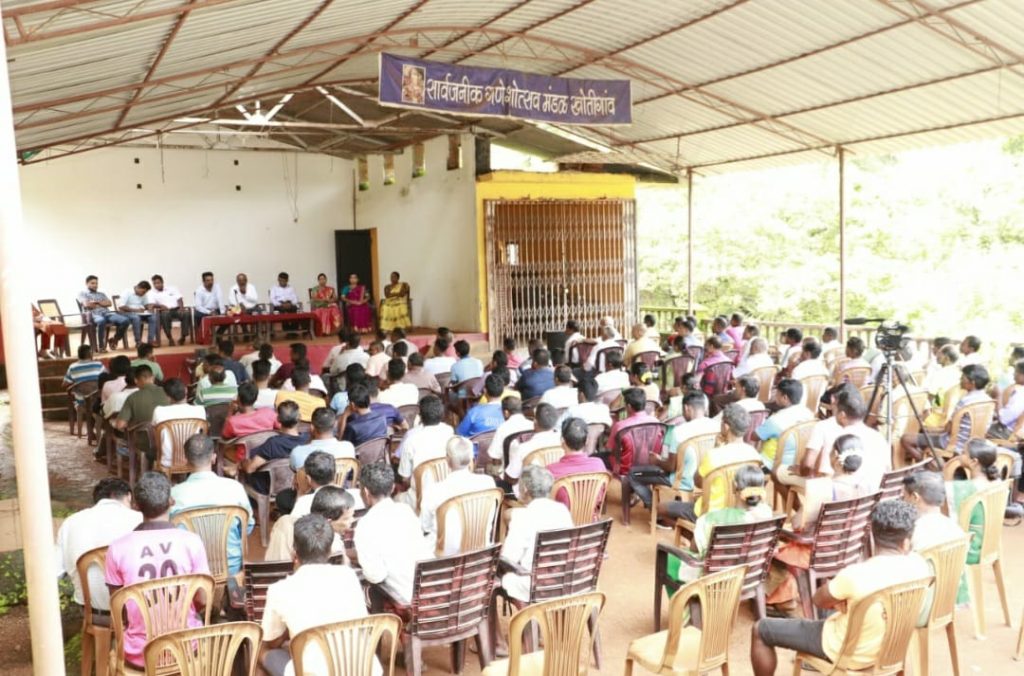 Goemkarponn desk
CANACONA – Khotigao Gramsabha resolved to beautify the heritage site at Baddem and get most of the executed through MNREGA Scheme, providing employment to its own villagers.
The Gramsabha meeting was also attended by Canacona MLA and GLA Speaker Ramesh Tawadkar, besides most of the villagers/members.
Chaired by Sarpanch Anandu Desai, Sarpanch requested members to bring forth the needs of respective areas so that the same can be achieved through government assistance.
People demanded a footbridge and underground cabling of electricity alignment to Keri, a remote, hilly and inaccessible forest area in Cotigao wildlife sanctuary where sizeable residents are living.
Residents also demanded a tar road to Nadkem and Avail, another forest and remote areas in Khotigao village.
A demand was made for the beautification of Kosambakadem, a heritage site at Baddem, which has sitting and resting Chairs/Benches carved from stones. Kosambakadem is a traditionally rich heritage and a common place where residents assemble for any of the villager’s meetings, hunting trips, etc, located at Baddem ward. Sarpanch agreed and informed that Kosambakadem would be developed, and most of the work on the project would be done through MNREGA, which will provide some days of employment to the locals themselves.
Sarpanch also informed us that the mobile connectivity will be put through in some days.
Speaker Tawadkar, who later addressed the Gramsabha members, promised all the works proposed by the residents would be completed within the time schedule.
Including Dy. Sarpanch Punam Gaonkar, all other five panch members, besides panchayat secretary Sushant Naikgaunkar were present. Savita Tawadkar, Sarpanch of Poinguinim and Wife of Speaker Ramesh Tawadkar, was seen seated amongst the Gramsabha members at Khotigao Gramsabha on Sunday.