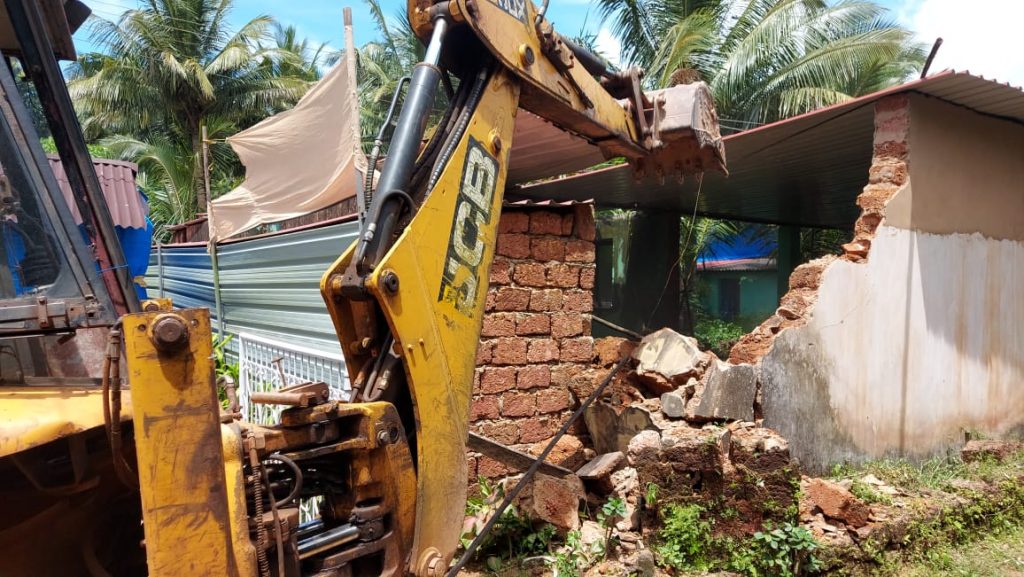 Goemkarponn desk
CANACONA: A structure allegedly violating CRZ notification is razed by the authorities at Patnem beach Coast in Canacona on Tuesday.
According to sources, a Structure admeasuring 220 sqm belonging to one Pravin Ghanshyam Warik within the 200 metres off the Coast at Patnem is ordered for demolition by GCZMA for violation of the CRZ notification reportedly upholding a complaint for illegal construction.
The demolition was carried out with the help of a JCB under the watchful eyes of Canacona Dy Collector Ramesh Gaonkar and in the presence of GCZMA Officials.
Police Officials led by Canacona PI Chandrakant Gawas provided the security cover during the demolition exercise.
Stating several illegal structures and more so many violating CRZ violations are allowed to mushroom in the locality(Patnem beach Coast), Pravin Ghanshyam Warik alleged he is being targeted and made a scapegoat by the authorities due to political differences to harass him.