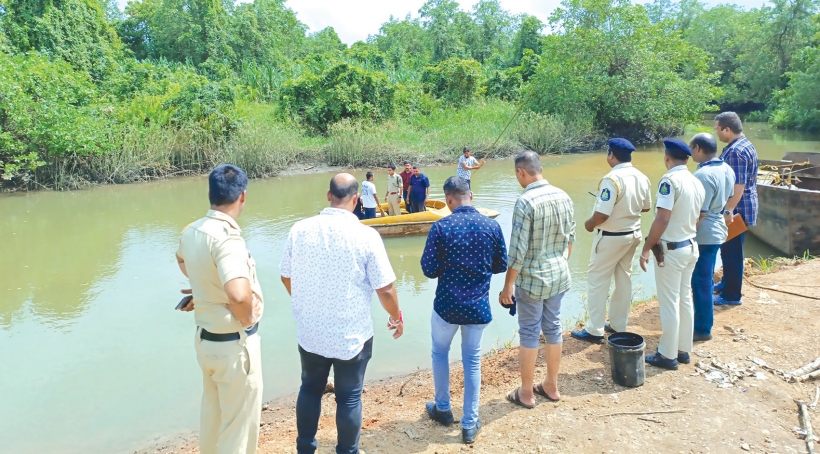 CURCHOREM: Goa Police today have informed that 25 suspects have been interogated to check for their involvment in the illegal sand extraction and shootout case which happened in Curchorem.

“25 suspects around Curchorem have been interrogated to check for involvement in sand extraction and shootout leading to death of one migrant labourer and leaving another grievously injured; investigation is on to find the unknown person who fired the bullets,” said SP Sammy Tavares

He further said that 5 persons who were arrested earlier on charges of alleged sand extraction and theft are released on bail and their interrogation process is still on.

One labourer was shot dead in the dead of the night, while another injured in a shooting incident at Maad, Bansai, which falls at the deep end of Curchorem.

Police gave the name of the deceased as Yusuf Alam, 23, from Jharkhand, who died on the spot due to the gunshot in the night at around 1.30 on Thursday.

The other labourer, Mohammed Sahu, 33, is said to be in a critical condition and is admitted to GMC.