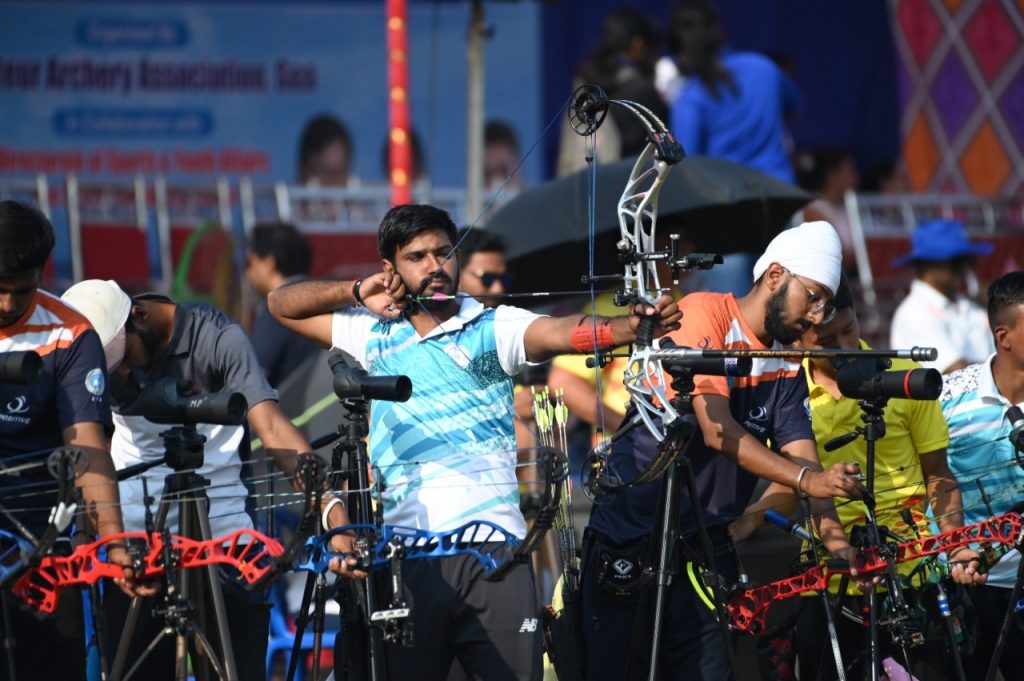 Goemkarponn desk
PANAJI: Delhi and Rajasthan won the men’s and women’s team championships in the Compound round at the ongoing 42nd NTPC Junior National Archery Championship at SAG ground, Campal, here on Monday.
Delhi defeated Andhra Pradesh in the men’s final by a cumulative points scoreline of 229-223. As a result of the narrow loss, Andhra clinched the silver medal.
Despite having National Games gold-medallist Rishabh Yadav in their team, Haryana had to be content with a bronze medal. They beat Maharashtra 234-230 in a close contest.
The women’s final between Rajasthan and Uttar Pradesh boiled down to a shoot-off after the cumulative scores were tied at 230-230 following the four sets of six arrows in 120 seconds shared by the three teammates each. In the shoot-off of 3 arrows within 60 seconds, Rajasthan fared better with an X, 10 and 9 while UP shot an X, 9 and 8. Thus, Rajasthan prevailed 29-27 to clinch the gold medal, while UP had to be satisfied with a silver medal.
In the bronze medal playoff, Maharashtra got the better of a strong Delhi team, 232-230.
Meanwhile, the hosts notched up a consolation result of having made it through from the Qualification stage to the last-16 round as the Goa men’s team of Yatin Kaushik, Shubham Jangir and Lenin Oinam scored a combined tally of 2016 to finish in 15th position above 16th-placed Jharkhand (2015 points). 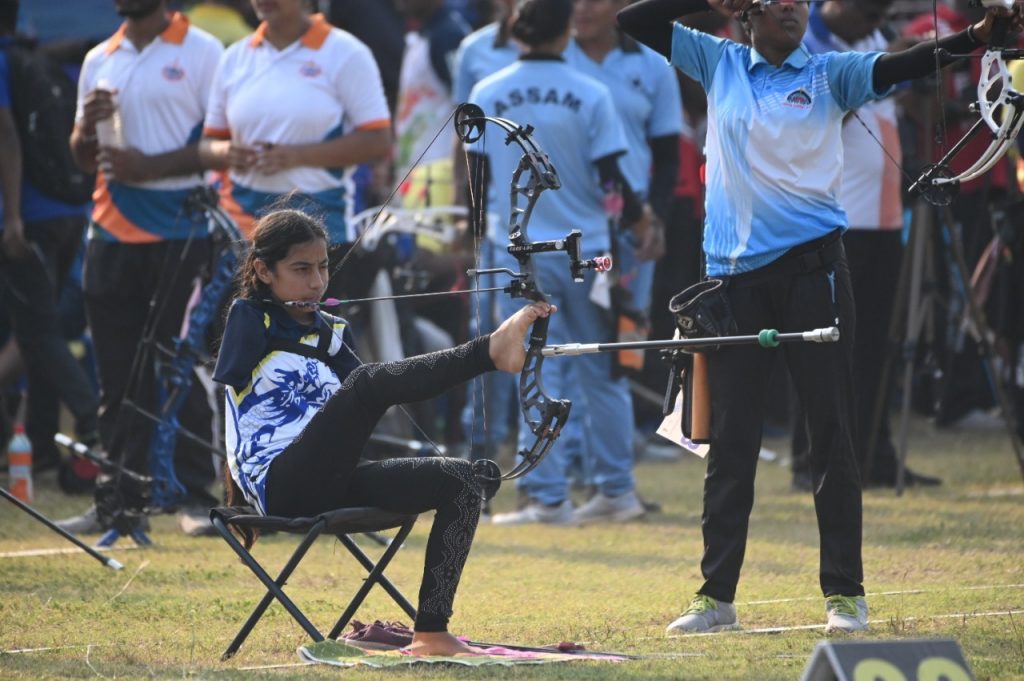 The individual and mixed-team events will be held on Tuesday, with Haryana boy Rishabh Yadav being the leader in the men’s category with 711 points, while world record holder Priya Gurjar of Rajasthan is leading the women’s section with 696 points to get a name.
Earlier, the Compound Round was inaugurated by Union Minister Shripad Naik, while Union Minister and Archery Association of India President Arjun Munda could not make it in person and sent a video message of support.
In the women’s section, meanwhile, Jammu & Kashmir team finished 14th before going out to a strong Maharashtra in the pre-quarterfinals round; but Sheetal Devi’s score of 632 made a big statement as the 15-year-old ‘Person with disability’ competed boldly in the star-studded able-bodied national field and yet held her own in what makes the achievement of the trainee of Jammu-based Mata Vaishnodevi Archery Academy absolutely phenomenal.