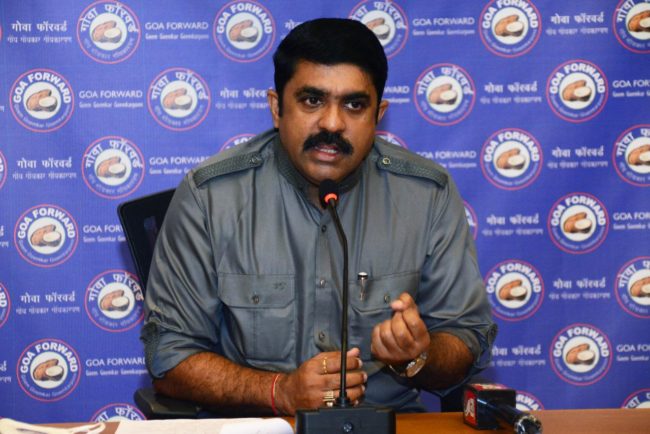 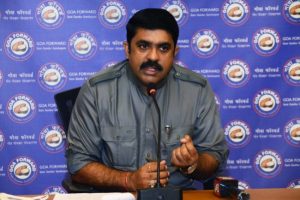 FATORDA: Goa Forward Party (GFP) President and Fatorda MLA Vijai Sardesai said that the MLAs who defected to BJP filled their pockets with rewards received for their silence and support for coal and destruction of Goa.

“Coal money is blood money. The MLAs who defected to BJP filled their pockets with rewards received for their silence and support for Coal and the destruction of Goa Only our unity can expose their blackened faces and save Goa from destruction,” said Sardesai

He further said that double tracking is only done to facilitate the flow of coal transportation and that he has time and again raising the issue in the Goa Legislative Assembly.

“All those who joined BJP only did tiatr in the assembly to fool Goans, how many Goans will ask them questions,” said Vijai

Sardesai also pointed out that MLAs Sankalp Amonkar, Digambar Kamat and Aleixo Sequeira had opposed these projects when they were in the opposition party and should make their stance clear as now they are part of the government.

At the meet, various public leaders criticised the stance taken by the State government on the issues. The permission for the loud-speakers was denied for this meet and it was also interrupted by the rains. However, the attendees kept themselves seated till the end.

“Listen to the people’s voice, do not play with their health or the environment. We will not allow the railway double tracking to happen,” said Alina Saldanha, former MLA of Cortalim.

“The Sagarmala Project is receiving backlash from the States of Maharashtra and Kerala and we do not want it in Goa either. Instead of implementing railway double tracking and coal transport here, build these facilities in the State which is in need of it,” said Olencio Simoes.