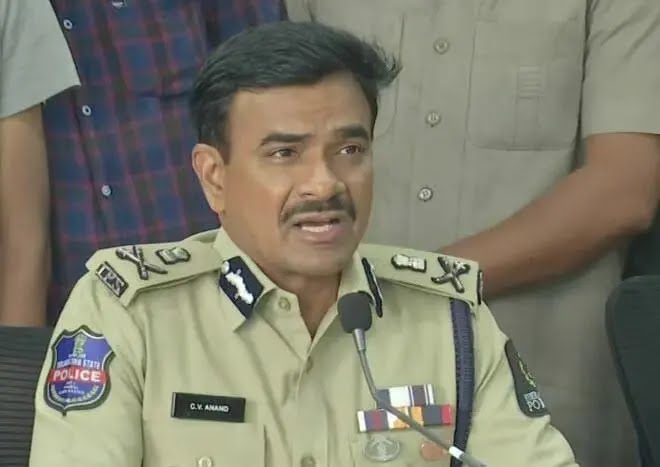 The remarks come in the wake of the investigation into interstate drug peddlers. Hyderabad CP was speaking at a press meet on drugs, the dark web, crypto-currency, and couriers.

Recently, the Hyderabad police’s Narcotics Enforcement Wing (NEW) busted a gang and arrested 2 interstate peddlers and 6 local peddlers. Interestingly, one of the two interstate peddlers, who was originally from Haryana, is settled in Goa. CP said the names of some of the big drug peddlers in Goa appear in Goan dailies.

“Following the death of BJP leader Sonali Phogat due to consumption of drugs, the local newspapers in Goa have in fact questioned what the Goa administration was doing (or are they sleeping) when the Hyderabad police team was arresting and taking away drug peddlers from the state,” said CP

Hyderabad Police on Thursday stated that the

drug peddlers involved in the Sonali Phogat case are all from Goa, but the main accused is still not caught.

“After an enquiry with all the drug consumers in our area, we got to know that their peddlers are Pritish Narayan and Adwin and both of

them are from Goa,” stated Hyderabad Commissioner of Police, CV Anand.

“Our team went to Goa and caught Pritish but were unable to arrest Adwin. During the Sonali Phogat case, the Goa Police named Adwin

as one of the suspects. We got to know that all the peddlers involved in the case are from Goa only,” he added.

CV Anand further alleged that whenever Hyderabad Police tried to contact Goa Police, they did not cooperate with them. Sonali Phogat, 42, was declared dead at the St Anthony Hospital at Anjuna in North Goa on August 23.

A postmortem report revealed blunt force injury on her body, following which the Goa Police

registered a murder case. The actor, who rose to fame with her TikTok videos, contested the

(he has since joined the BJP). She also appeared in the reality show Bigg Boss in 2020. (With inputs from agencies)