Eco-friendly Matoli gives a message to save environment 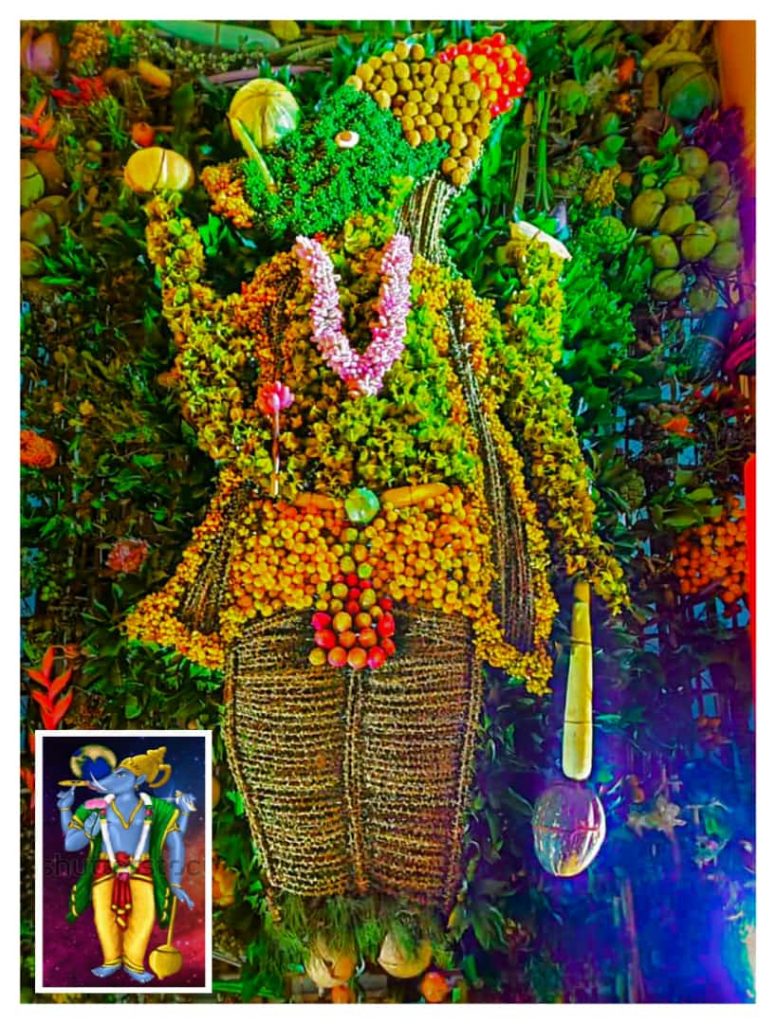 Goemkarponn desk
PONDA: The trend is eco-friendly Ganesh Celebration in Ponda Taluka.
The artists in Curti Ponda, while celebrating chaturthi, decorate eco-friendly Matoli with more than 350 varieties of natural Matoli items, including fruits, vegetables, and medicinal plants beside jungle fruits giving a message to protect environment.
Many matoli artists in Taluka decorate the entire hall of the house with Matoli atop the Ganesh idol.
Explaining the concept behind Matoli, Vishant Gaude Matoli, artist at Kelbay-Curti, said there is a need to save the mother earth from the destruction and exploitation of the earth, hills, forest and pollution due to human greed. “We also recently saw rampant exploitation of the earth through mining,” he says.
He said, as per the story in Hindu mythology, Lord Vishnu, in his third avatar, incarnated himself as Varah avatar or Boar (pig) in human form to save the mother earth from the demon Hiranakshya.
He further said a similar situation had arisen today where we need to make an effort to save mother earth from the greed of humans exploiting its resources, whether rampant mining, environmental destruction or the pollution from various projects. 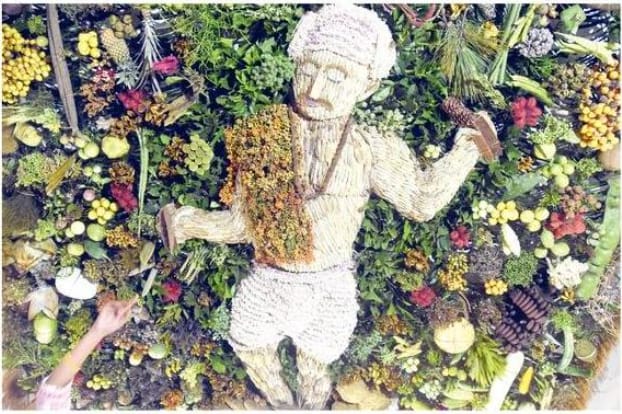 Taking inspiration from an age-old story, he says he realised that a similar situation arises today where the earth is exploited for its resources giving the least importance to protection.
“hence, I decided to work on Matoli, giving a message to save the environment and mother earth,” he says.
He said it took a month-long hard work to go to various parts of Goa to identify Matoli items, including Ponda, Tiswadi, Bardez, and Sattari Taluka.
His family members, including his brothers, and sister, helped him to decorate the Matoli.
Similarly, he said he is participating in the Matoli competition organised by Art and Culture Department for the sixth time.
He earlier got two consolation prizes, third and second prizes, including first place last year.
“Besides agricultural fruits, several jungle fruits are tied in the Matoli, and many have medicinal value. We need to protect the gift of mother earth from destruction,” said Vishant Gaude.
Similarly, artist Datta Naik at Priol displayed the image of Saint Tukaram in his Matoli.
He, too, gave a message to protect the environment.