Education is the manifestation of perfection: Guv 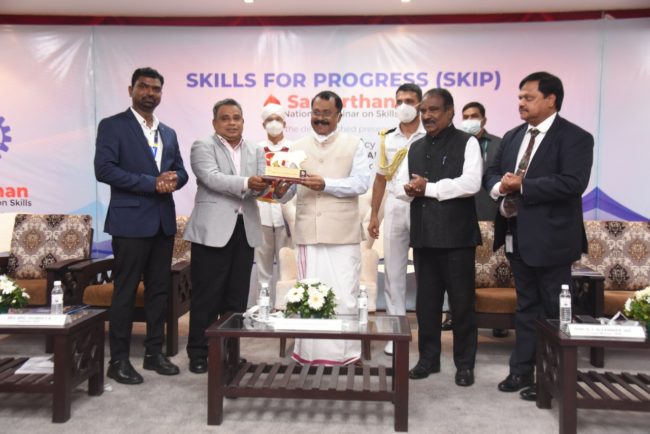 Goemkarponn desk
PANAJI: Governor P. S. Sreedharan Pillai today said that Information Technology (IT) is considered to be the best capital and leaders attached to four or five main IT institutions / Establishment are from arts subject although this subject is nothing to do with Information Technology.
He mentioned that the setup in the present era is multi-facing intelligence, which is the latest innovation with respect to Intelegencia in our Country.
The Governor addressed the National Seminar on Skills on the theme “Samarthan” and Annual General body meeting being organised by Skills for Progress ( SKIP) at pillar, in Tiswadi Taluka.
The Governor further said he is of the opinion that specialisation may not be confined to any particular subject. In this context, he said in India’s National Education Policy 2020, the theory of multiple intelligence is introduced, envisage theory about humans having the potential for multiple intelligences and need to use various approaches to any subject for effective teaching.
Quoting Swami Vivekanand, Give me 100 energetic young faces and I Shall transform India, the Governor said this indicates that education is the Manifestation of perfection within a human being. He said India is known as a traditionally cultured united Country through which we can convey and spread the message of love and affection among other countries.
The Governor while highlighting the importance of SKIP said that, it was started in 1969, however the Ministry of Skill Development and Entrepreneurship was established after Shri Narendra Modi became Prime Minister of India. He informed that, the youth of India, constitutes 35% of the population in the age group of 18-35 years in the Country, which will be huge human resources in next decades. Youth he said has huge potential for skilling and therefore their involvement in promoting skills is of utmost importance
The SKIP has been playing a very significant role in shaping life and livelihood of the deserving youth through skill training.
Saying that the Central and State Government has given maximum importance to our new National Education policy 2020, the Governor urged the participant of the seminar to go through it so as to create skilled manpower.
He said, the Government of India in association with Ministry of Skill Development and entrepreneurship, National Skill Development Corporation and Indian Institution Association Federation have been contributing immensely for imparting quality education al training. The National Education policy 2020 has integrated vocational education into main stream education. Skilling he said is herculean task which cannot be done by the Government alone and therefore the cooperation of the private sector is vital and crucial to promote skilling he asserted.

Congress party has accepted the ZP results as a challenge: Kamat

Margao – Congress Party has a long history and has seen many ups and downs. Our leaders have sacrificed in the Independence struggle of the ... Read More

NEWER POSTDoes BJP believe in elections? Or it is happy to lose elections and buy the MLAs later?
OLDER POSTIn Goa you become CM by paying bribe: Kejriwal