Elections to 5 municipalities on April 23; counting on April 26: SEC 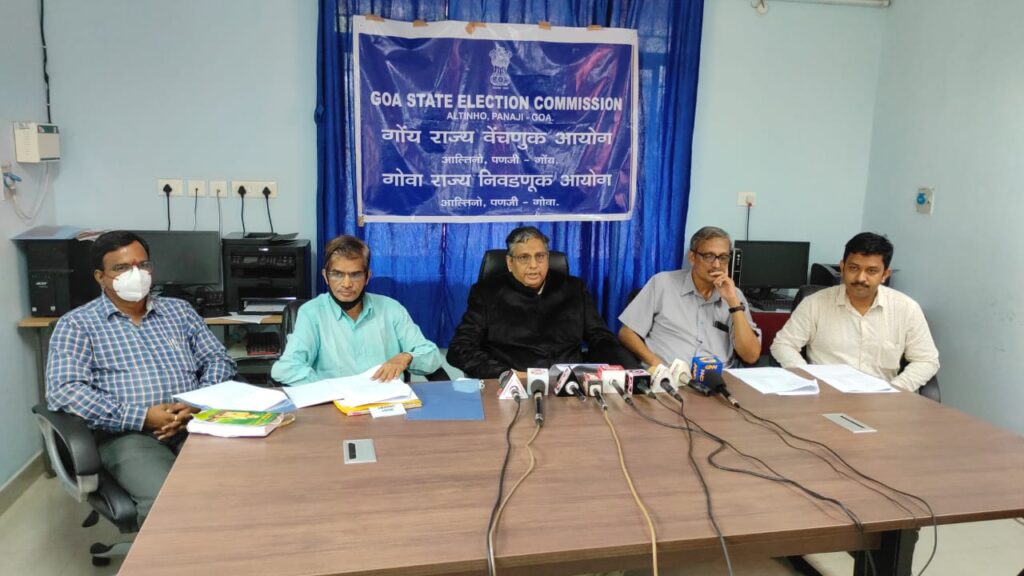 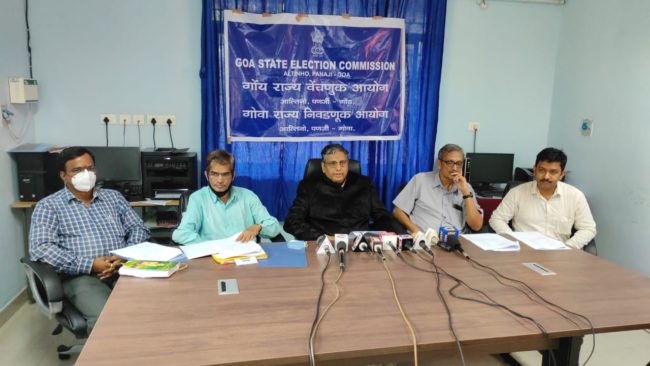 PANAJI: The State Election Commission (SEC) today announced April 23 as the date of elections for the 5 municipalities of Mormugao, Margao, Mapusa, Sanguem and Quepem while the counting will be held on April 26.

With this the model code of conduct comes into force with this moment across all five Municipal areas.

“The five Municipalities- Margao, Sanguem, Quepem, Mormugao and Mapusa to go for polls on April 23; counting on April 26; The model code of conduct comes into force with this moment across all five Municipal areas,”SEC WV Ramanamurthy while addressing the press conference

He further said that the dates for filing nominations is from March 31 to April 8, 2021 while the scrutiny will be taking place on April 9 and withdrawal on April 10.

The expenditure limit fixed for candidates in municipality jurisdiction is Rs 2 lakh per candidate.

The Election Commissioner said that the Election Commission of India (ECI) has issued a detailed Standard Operating Procedure (SOP) to be followed while conducting the election process and the same would be adopted. “Though the COVID-19 situation in the State is under control, all precautions have to be adopted to avoid any spread of the virus,” he said.

The Supreme Court via an order dated March 12 had upheld the order of the High Court of Bombay at Goa setting aside the notification on municipal ward reservation in five municipalities and also stalling the election process. It had asked the Directorate of Municipal Administration (DMA) to issue fresh ward reservations within ten days and the SEC to complete the election process by April 30.

The SEC had earlier declared that the entire election process, including acceptance of nominations for the five municipalities, held in February- March, as ‘null and void’. The election certificates issued to the three unopposed candidates from Quepem Municipal council also stand ‘null and void’.

The elections to the 11 municipalities – Mormugao, Margao, Mapusa, Bicholim, Cuncolim, Curchorem, Quepem, Canacona, Sanguem, Pernem and Valpoi were due in October 2020, however, in the wake of the rising COVID-19 cases, the elections were postponed by three months.